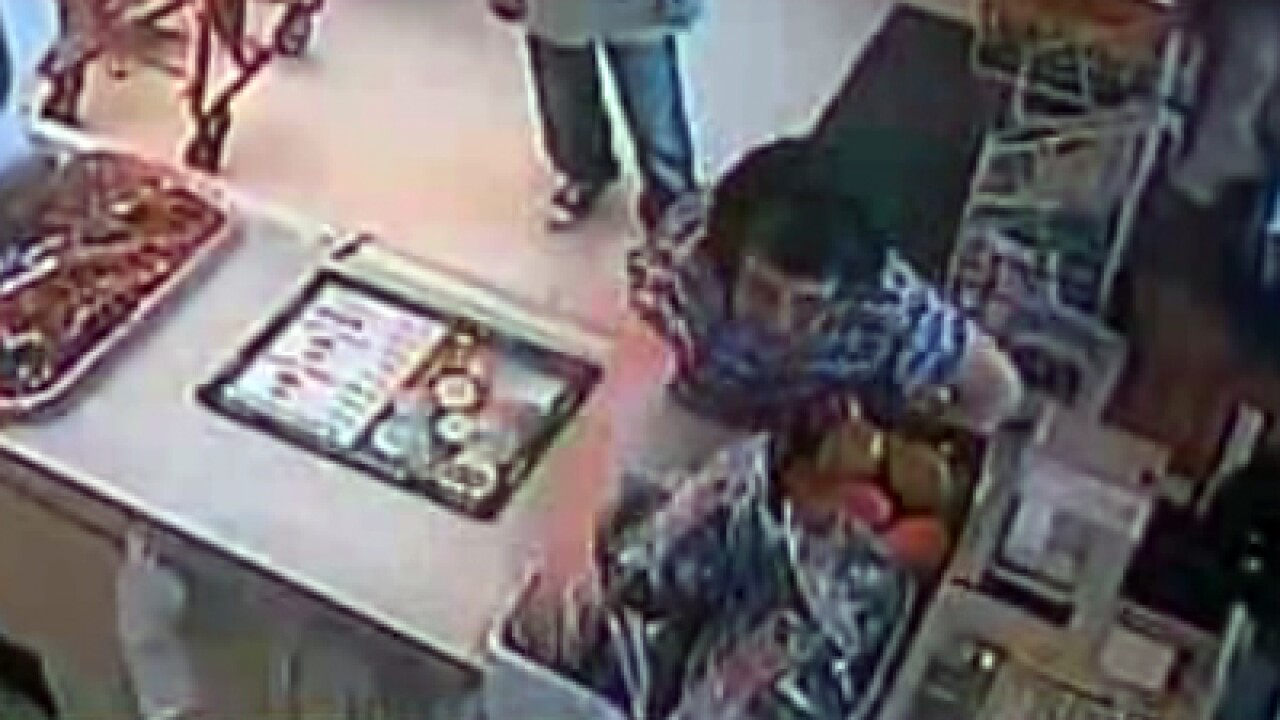 An 80-year-old woman hurled fruit at some men who were allegedly trying to rob a Massachusetts market.

Mangoes weren’t on Olivia Martins’ shopping list, but she threw some at a pair of armed robbers who were allegedly trying to take money from her son-in-law’s store. A surveillance video of the incident shows one of the suspects hitting Martins in the head with his gun.

Martins declined to go to the hospital for treatment of the head gash she sustained. Both suspects were eventually arrested.