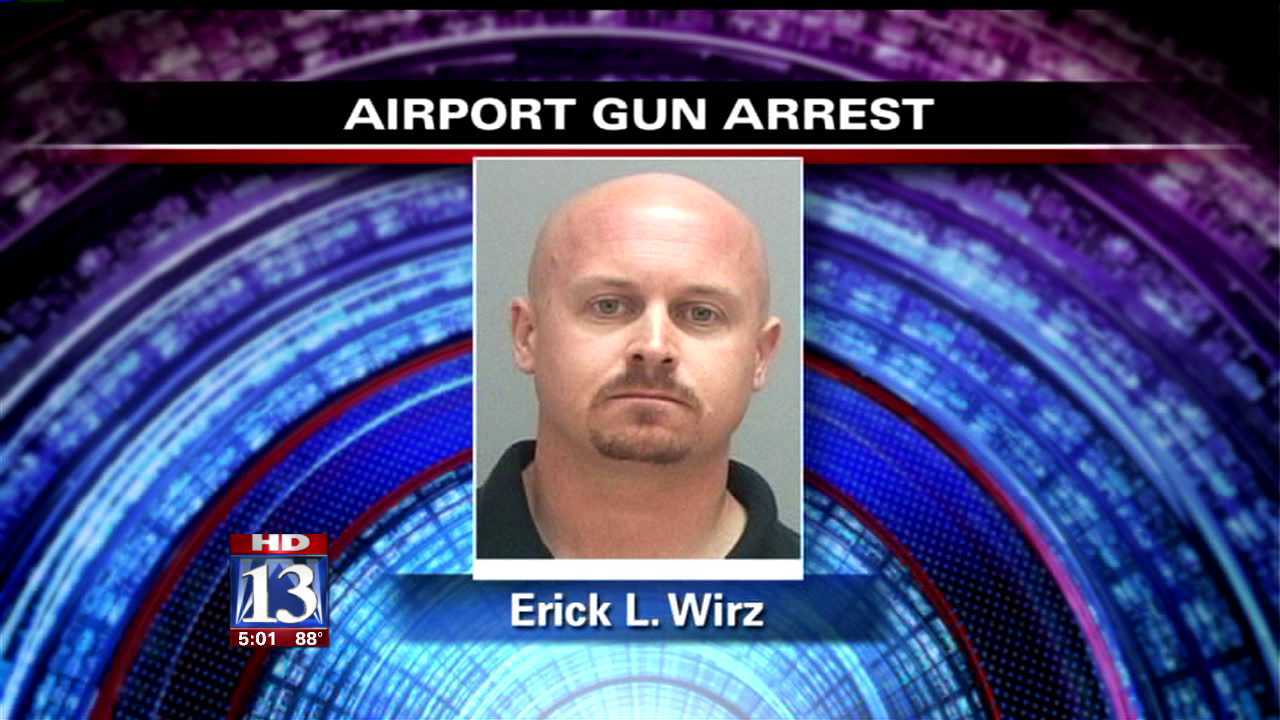 SALT LAKE CITY -- A man was arrested at the Salt Lake City International Airport Monday after TSA agents found a handgun and two loaded clips in his luggage.

Police say Wirz regrets his choice and feels horrible about the incident. However, they say he is someone who should be familiar with the rules regarding guns and flying, considering he is a pilot.

Police say Wirz was apparently trying to make a morning flight to Las Vegas before he was screened by TSA security.

Police checked Wirz and found no arrest warrants. However, they say he had no firearms concealed carry permit.

"We're trying to get the word out that you can take your gun but you just need to transport it legally," says TSA agent Lorie Dankers.

Dankers say this is the 14th such incident this year where an arrest was made because someone tried to transport a gun through airport security.

Police say Wirz works right across from the terminal. He is a helicopter pilot with Upper Limit Aviation.

Upper Limit's vice-president Gordon Birch talked to FOX 13 and said Wirz is an "outstanding person" and someone of "flawless moral character."

Birch says probably nobody feels worse about what happened than Wirz himself.

But TSA officials say ignorance of the law or a momentary lapse is no excuse.

"I'd like to remind all gun owners and everyone in the public, the number one rule of gun safety is know where your firearm is at all times and please don't bring it to the checkpoint," said Dankers.