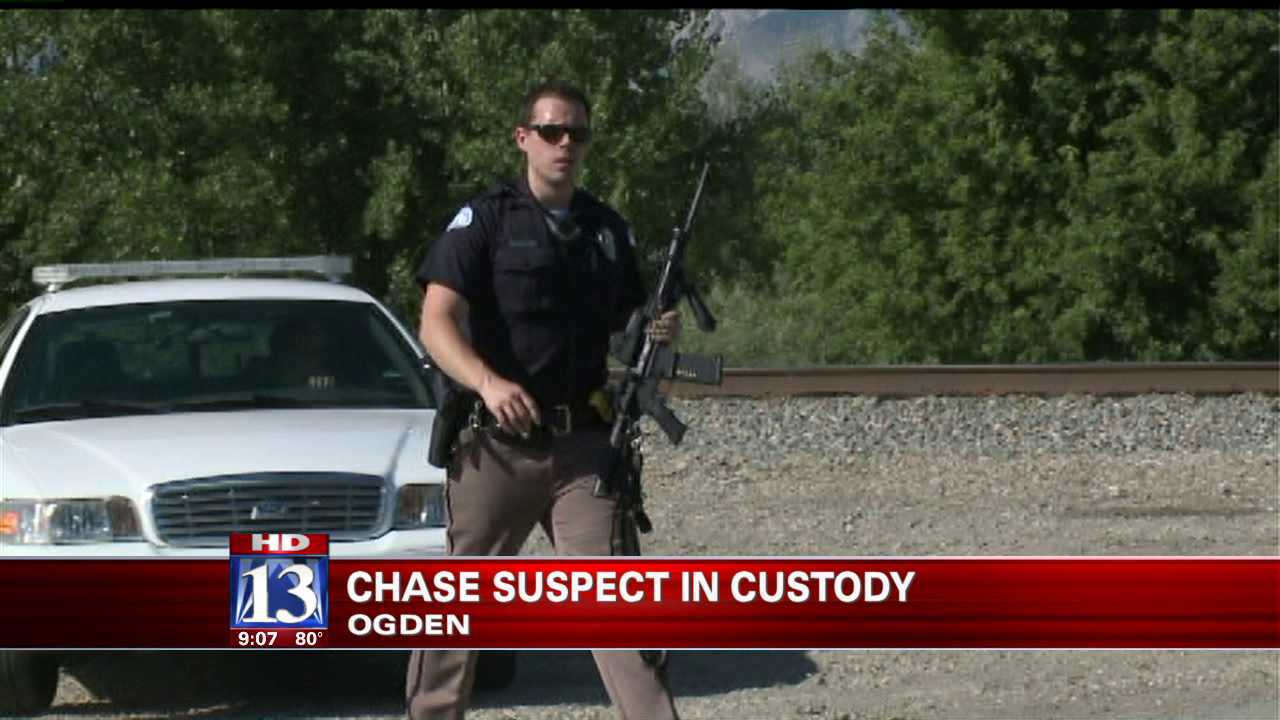 An Ogden police officer fired shots Tuesday afternoon toward a suspect who allegedly stole a vehicle and crashed it into a police vehicle.

Kenneth Mobley, 46, was taken into custody and will face several charges. He is currently being held in Weber County Jail.

Police say Mobley deliberately caused his car and the officer’s car to collide.

“They flipped around on the vehicle and the individual driving the stolen vehicle deliberately slammed on his brakes, crashing into the patrol car and putting it out of commission,” said Ogden City Police Lt. Tony Fox.

That is when the officer opened fire on the suspect. None of the bullets struck the suspect.