(CNN) — With 17 patients still being cared for after last week’s Colorado movie theater shootings, one burden is being lifted by some of the hospitals: medical expenses.

Children’s Hospital Colorado said it will use its charity care program and donations to cover medical expenses for victims of the shooting who do not have insurance. Victims who do have insurance will have their co-pays and deductible-related expenses waived.

“We are committed to supporting these families as they heal,” Elizabeth Whitehead, spokeswoman for Children’s Hospital Colorado, said in a statement.

HealthONE, the health-care system that includes the Medical Center of Aurora and Swedish Medical Center, which both are treating patients from the theater shooting, is also taking measures to alleviate victims’ costs.

The health system will “eliminate personal financial responsibility for hospital charges as appropriate to each patient and the circumstances these individuals find themselves in” with regard to the shooting victims, according to a statement.

There are more than 1.5 million people in Colorado who were uninsured or underinsured as of November, according to the Colorado Health Access Survey. This represents nearly 30% of people who live in the state. Underinsured means people have significant out-of-pocket medical costs despite carrying insurance.

The most-often reported reason for not having health insurance is high cost, the survey found. Not having access to insurance sponsored by employers, and the loss or transition of jobs, were also frequently mentioned. Fewer employers are now providing health insurance, given that the percentage of Coloradans who got insurance through work was 58%, down from 64% in 2008-09.

Those between 19 and 34 years old are the population group most likely to be uninsured in the state, with 28% of them lacking insurance, according to the survey. Many victims of the Colorado theater shooting are in this age range.

“There is a bit of a gamble in saying, ‘I’m young and healthy,’ ” Calonge said. “The reality is, you’re just one bad day away from a major hospitalization.” 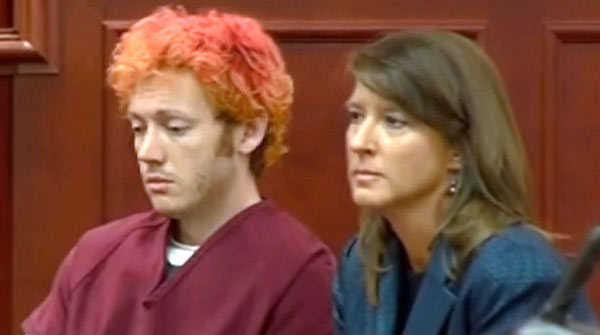 Legally, hospitals cannot turn uninsured patients away in emergency situations, so it’s not surprising that this would apply for Colorado shooting victims, Calonge said.

But extending additional resources for victims, including those who do have insurance, is philanthropic. It will be more of a challenge for hospitals financially if they decide to cover follow-up care for shooting victims, since they’re not bound by law to do so and there’s no obvious source of money for it, he said.

“I’m proud of the medical community. I’m proud of our larger community with our response, how quickly we stepped up to the plate, in view of this senseless tragedy,” he said. He praised hospitals for making sure patients could be treated “without worrying about who’s going to pay for it.”