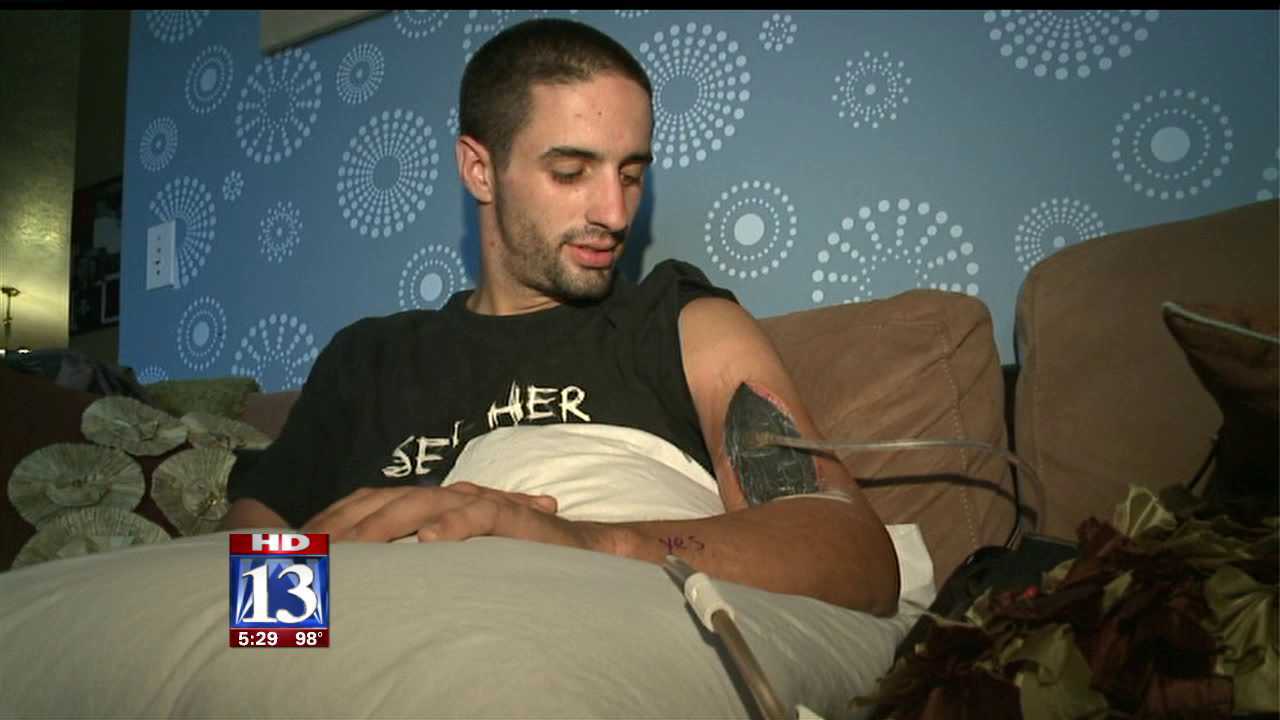 Eric Lowe is lucky to be alive and lucky to still have his arm after contracting a flesh-eating bacteria infection.

After three surgeries in four days, the 25-year-old man is currently recovering from a unique and deadly infection.

When he first contracted it, Lowe quickly realized it was something more than what he originally thought was a minor infection.

He says he spent days icing his swollen elbow.

“It was really painful, it was really swollen and they said I had a blood clot,” says Lowe.

Initially doctors did not realize the severity of his infection. Later they were to learn he contracted an aggressive bacteria known as Necrotizing fasciitis, or the flesh-eating bacteria.

He says some victims will have a open wound that will allow the bacteria to "set up shop and spread" killing tissue as it moves further into the body.

When Dr. Weaver realized what Lowe had, he had him rushed to the operating room. By then toxic shock had set in. Medical staff said Lowe likely would have died if he had waited a few hours longer.

The doctor decided to perform a proceedure that avoided amputation. So far, the results have shown success.

Lowe says the doctor took the extra time in the operating room cleaning around the nerves in his arm, getting rid of all the infected areas.