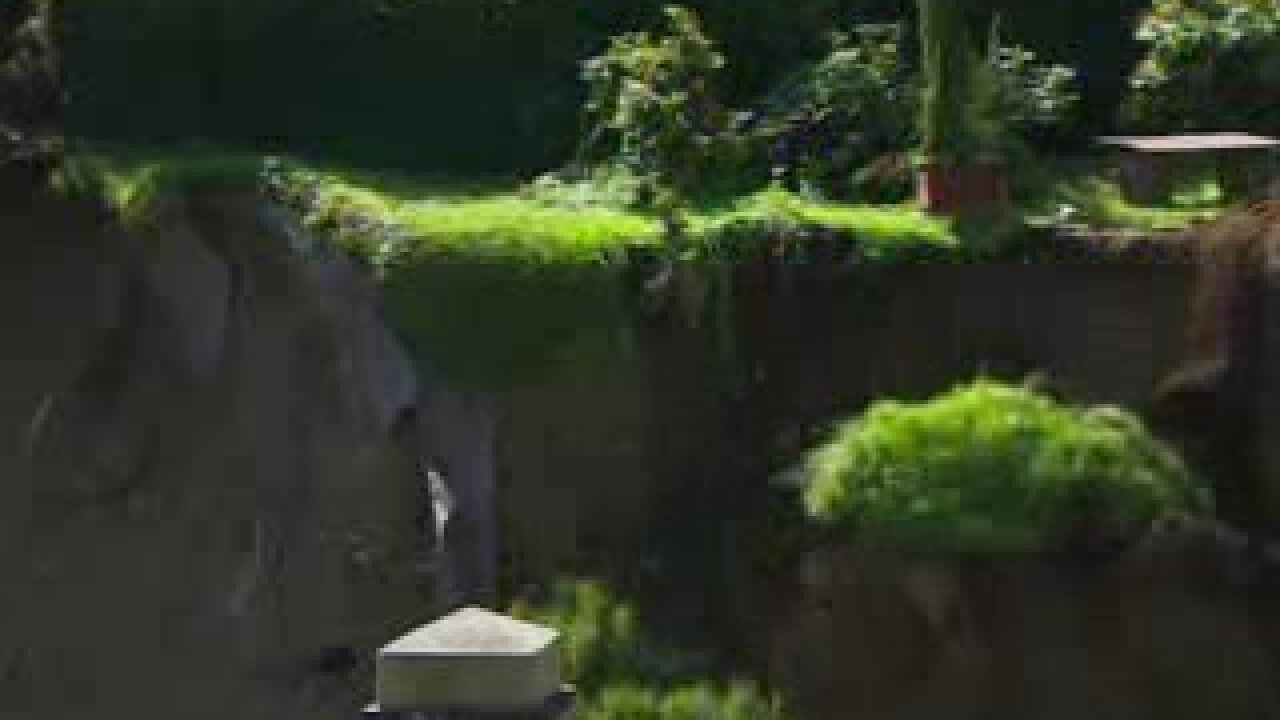 The Coast Guard seized about 8,500 pounds of marijuana from a boat off the coast of Los Angeles. Thirteen people are accused in the smuggling.

So far this year, fifty tons of marijuana have been seized from smuggling boats in southern California, which is four times the amount seized in all of 2011.

A family's front yard is disappearing as dirt clumps fall down a 200-foot cliff in Langley, Washington. There is now a 50-foot-wide hole where a 500-year-old tree used to sit.

The collapse began a week ago when a geyser spewed water 25 to 30 feet in the air.

Workers at a pizzeria in Haughton, Louisiana, say they've caught a ghost on camera.

Security video shows the kitchen empty of people in the morning, but two ice scoops suddenly fly onto the floor. The workers say the scoops are on steady rubber mats so they wouldn't just slide off. In another video, a bottle of bleach falls.