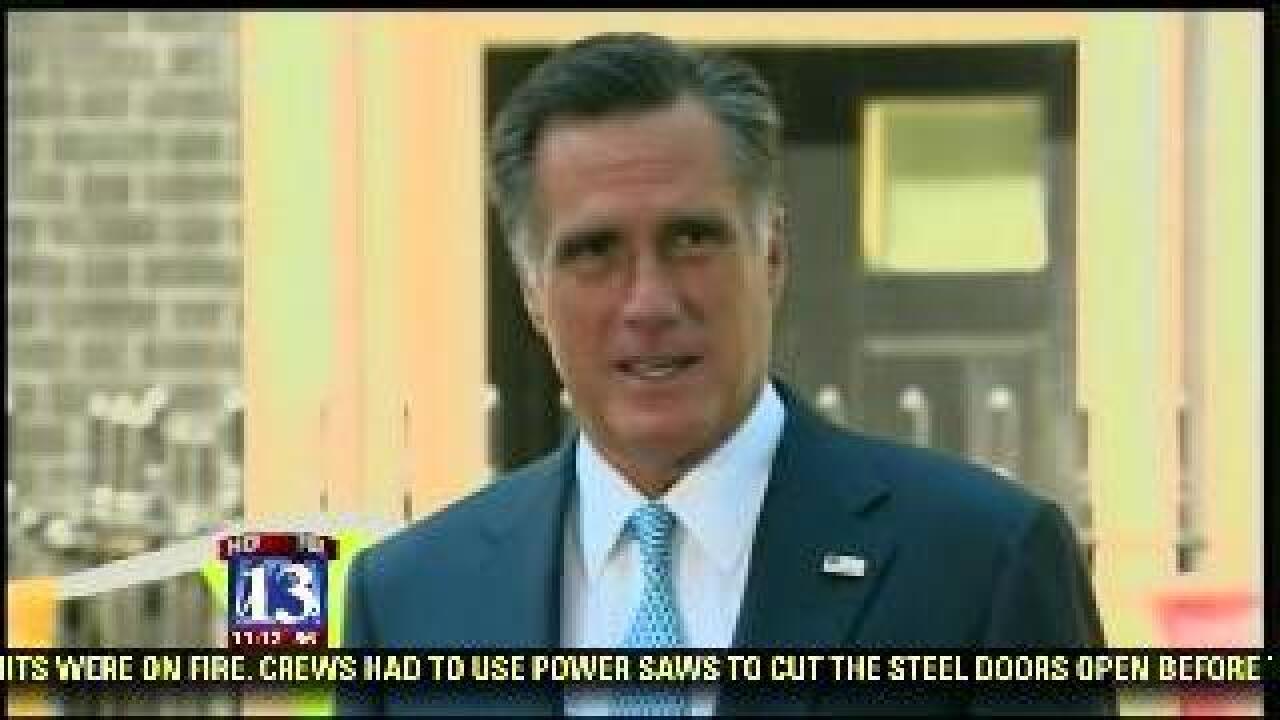 WASHINGTON, Dc (CNN) -- If only Mitt Romney could turn the Olympic torch on the newspaper headlines in London.

He's the "Party Pooper" in the Daily Mail, "Nowhere Man" in the Times of London and "Mitt the Twit" in The Sun.

This was not the storyline Romney and his team wanted when they journeyed overseas for a trip designed to burnish the GOP contender's foreign policy credentials.

Romney has yet to publicly acknowledge the outrage he set off in London when he appeared to question the city's "disconcerting" problems in gearing up for the Olympic Games.

In an interview with CNN's Piers Morgan on Thursday, Romney chuckled when he was asked about the criticism.

"Well, I'm delighted to see the kind of support that has been around the torch for instance. I watched last night on BBC an entire program about the torch being run across Great Britain. And the kind of crowds. I guess millions of people that turned out to see the torch. That's what you hope to see," Romney told Morgan.

"After being here a couple of days it looks to me like London is ready," Romney said.

The uproar in Britain reached its crescendo Thursday evening when London Mayor Boris Johnson whipped up a crowd of 60,000 revelers at a pre-Olympics celebration with a taunt for the Republican presidential candidate. Johnson is a Tory, theoretically putting him near Romney on the same conservative end of the political spectrum.

"There's this guy called Mitt Romney who wants to know if we are ready. Are we ready? Yes we are," Johnson shouted at what sounded like a political rally, for President Obama.

Meanwhile on Twitter, the hashtag #RomneyShambles was trending on both sides of the Atlantic.

The hashtag is a play on "omnishambles," from the BBC TV series "The Thick of It," a satire of British government.

"It led most of the networks' news shows, and the message was clear: This fellow is not ready for primetime," said presidential scholar Larry Sabato with the University of Virginia's Center for Politics.

The British media also seized on Romney's disclosure after his visit with Prime Minister David Cameron that he had also met Sir John Sawers, head of the British Intelligence agency MI6. Such meetings are typically not made public, a government spokesman told London's Telegraph newspaper.

"Sir John meets many people, but we don't give a running commentary on any of these private meetings," the spokesman said.

Former Minnesota Sen. Norm Coleman, a top Republican surrogate for the Romney campaign, had his doubts about any long-lasting damage to the GOP's likely nominee.

"Britain is a strong ally. This governor is about strengthening America's relationship with allies not undercutting them," Coleman said in an interview on CNN's "Starting Point," a running GOP attack theme against Obama.

The former senator pinpointed other opportunities for Romney on the next legs of his trip, Israel and Poland.

"The governor will be in Poland. They had the rug pulled out from them on the missile defense," Coleman said. "Obama's ratings in Israel are in single digits," he added.

Aaron David Miller, a distinguished scholar at the Woodrow Wilson International Center for Scholars, believes Romney can redeem his trip while in Israel.

"He knows and likes [Prime Minister Benjamin] Netanyahu and can convey quite naturally that he understands that Israel is a small country with a dark past living on the knife's edge," Miller said.

"Quite simply, Obama has failed to communicate that, and has given his opponent an opening," he said.

Setting the table for his visit to Israel, Romney issued a warning to Iran that he would consider military action to prevent the Islamic republic from building a nuclear weapon.

"The military option should be evaluated and available if no other course is successful," Romney said in an interview with Israel's Haaretz newspaper.

Back in the United States, the Romney campaign was busy capitalizing on new data showing the nation's economy had only grown by a disappointing 1.5% in the second quarter of the year.

In the long marathon to November, Sabato said the gold medal issue for American voters is likely to be the economy, not foreign policy.

"Think of the string of gaffes on both sides in the past few months. Every single one was supposedly a game-changer. None has been," Sabato said.