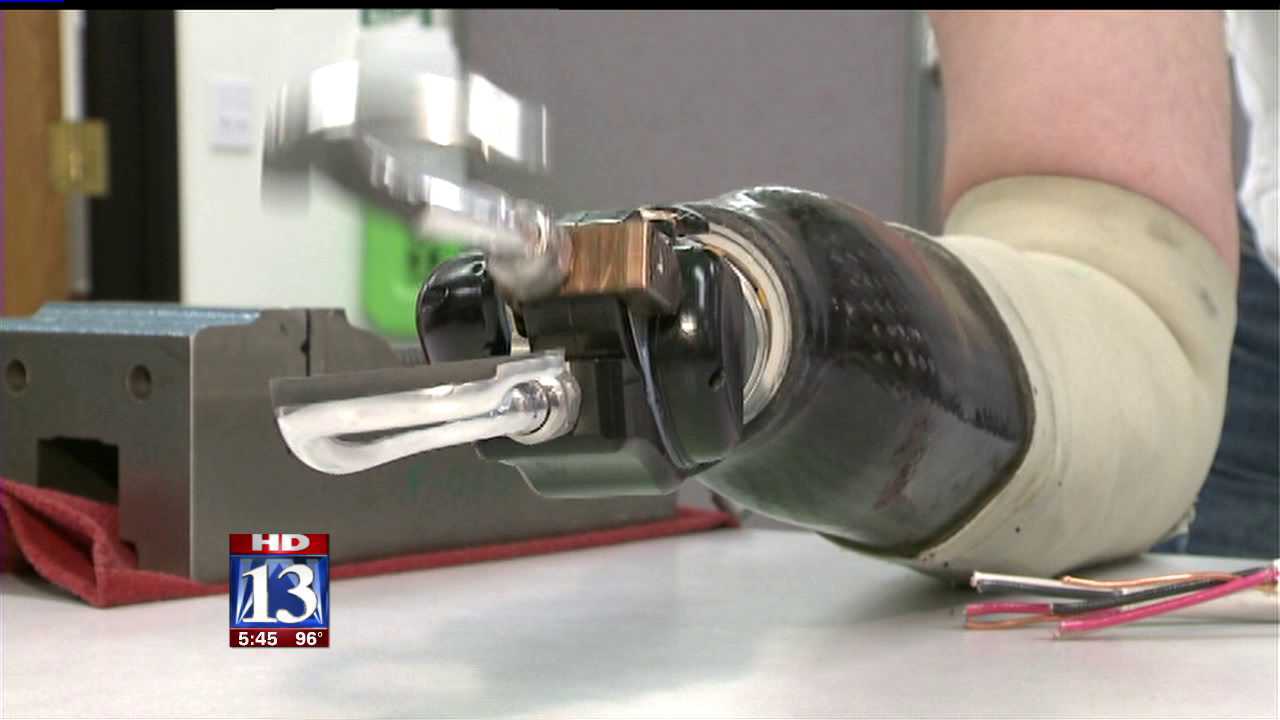 A company that first started as an off-shoot from the University of Utah has produced some high-functioning prosthetic hands and arms.

After being around for 30 years, Motion Control and its engineers have created responsive, articulating artificial limbs that have changed people's lives.

"It's amazing how much it's changed my life," says Mark Stembridge. "Having something on there and especially something I can use in any position."

Through careful training with a therapist, Stembridge is able to do nearly everything he did before.

"It's to the point now to where it is just basic thinking like you'd move a regular hand. You push it, it goes,” said Stembridge. "You can actually work it as fast as a hand, if not faster."

Stembridge says he has been able to install an overhead ceiling fan , do car and regular home repairs, all because his muscles control the new hook-style artificial limb.

A new $2.3 million grant from the U.S. Army is a recent added bonus for Motion Control to help them make even more refined prosthetics within the next four years.

"We'll be able to shape a more effective and more efficient electric terminal device with more degrees of freedom in the wrist over that four years," says Motion Control President Harold Sears.