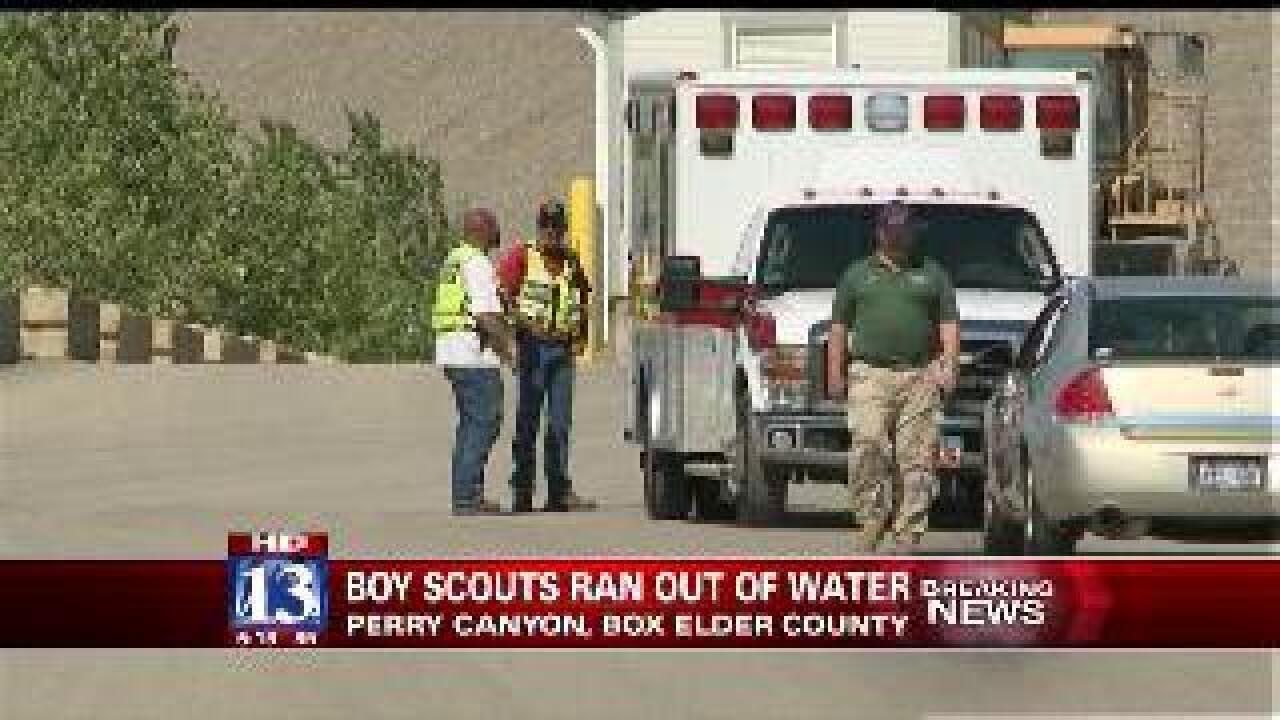 The group of five scouts, ages 12-18, and two leaders, all from Brigham City, started on their multi-day hike in Willard Peak on Thursday en route to Perry Canyon. They ran into treacherous terrain and became lost, then ran out of water.

"We had a couple guys struggling really bad and they were having a hard time to hike up," said Troy Dahlgran, the scout leader. "It was steep, steep up in there. It's hard to get your footing, there's rocks coming down."

One of the scout leaders had a cell phone and called emergency personnel because of high temperatures and the risk of heat exposure.

A 12-man search and rescue team, including medical helicopter and UHP helicopter, was dispatched at around 1 p.m. to hoist the scouts down the canyon.

They were treated on the scene for dehydration and one of the leaders suffered a minor hand injury.