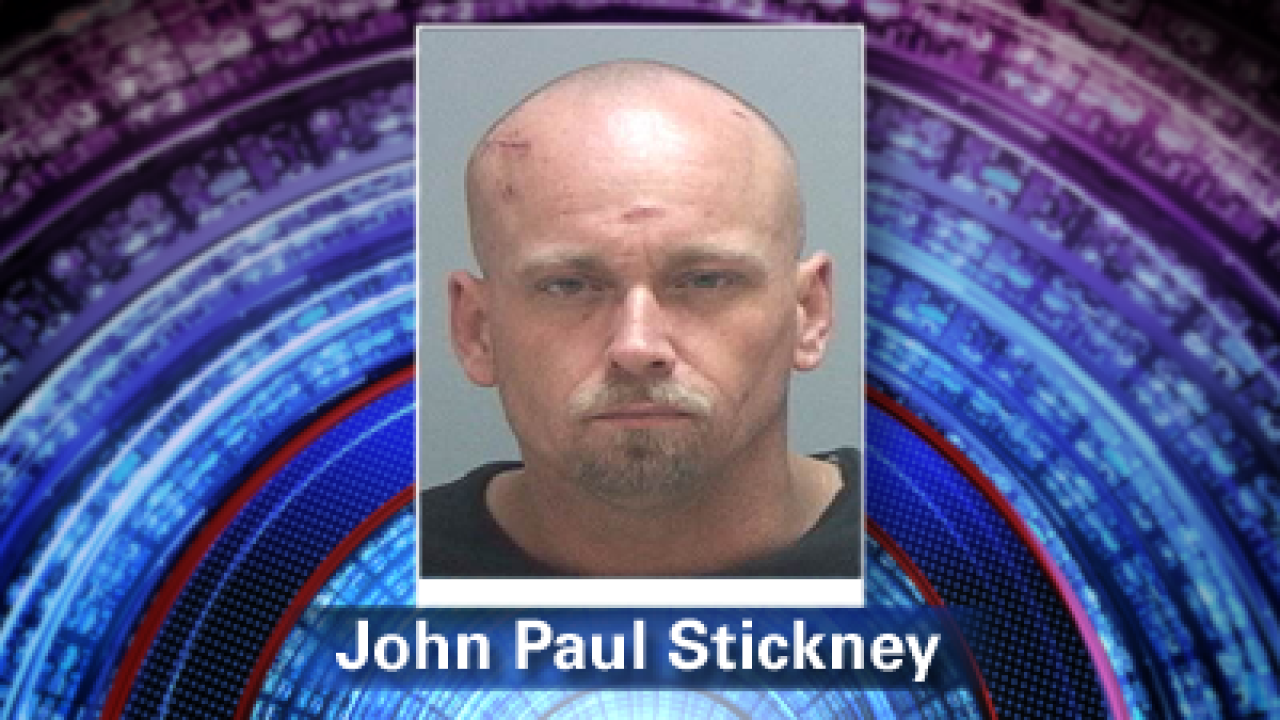 John Paul Stickney, 38, was arrested for allegedly robbing the Sleep Inn hotel located at 3440 South and 2200 West on Friday.

Police say Stickney pointed a gun at the hotel’s clerk and demanded money from a register before leaving the scene. Officers were able to find Stickney and the money a short time later.

He was arrested and put in the back of a patrol car, but police say that Stickney kicked out the car’s window on the way to jail. He tried to escape on foot but police were able to catch him.