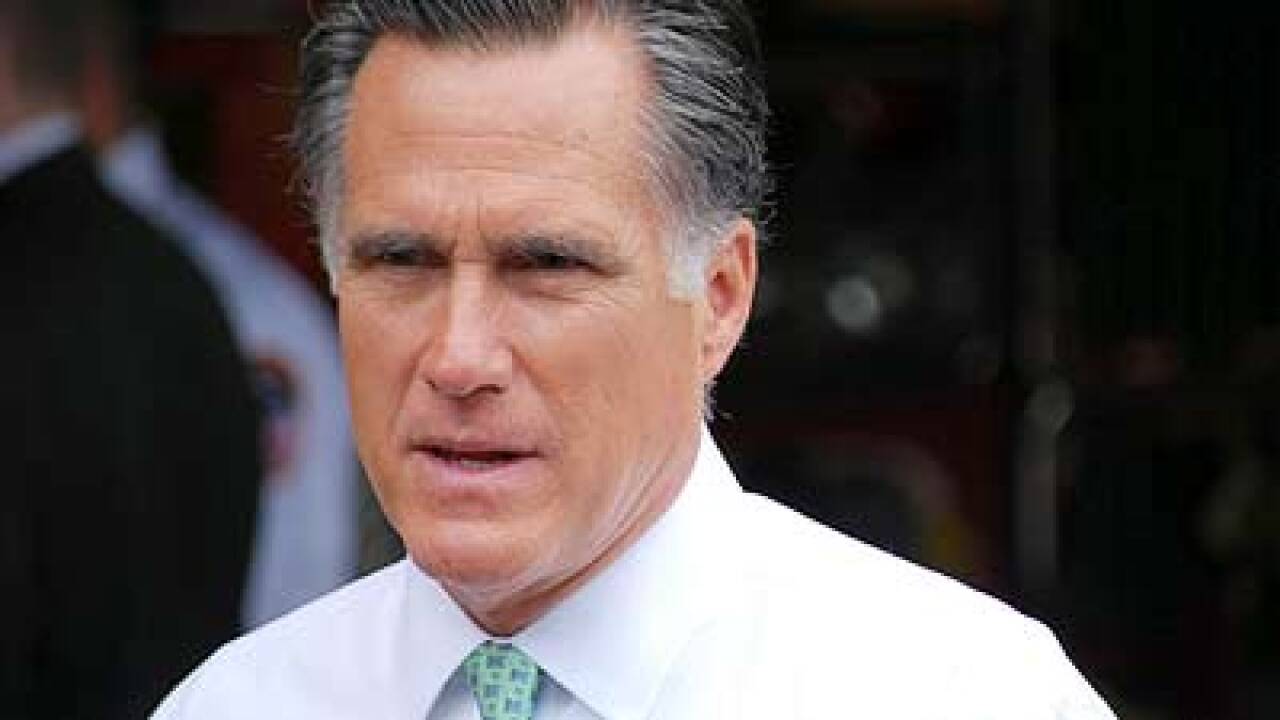 (CNN) — A Palestinian leader blasted Mitt Romney’s statements at a high-dollar fund-raiser in Jerusalem as “racist” Monday after Romney made a comparison between the per capita GDPs of Israel and Palestinian-controlled areas.

Romney, speaking to a group that included Las Vegas casino owner Sheldon Adelson and New York Jets owner Woody Johnson, said higher personal wealth among citizens in Israel was an indication that the country was accomplishing something its neighbors were not.

“As you come here and you see the GDP per capita, for instance, in Israel which is about $21,000 dollars, and compare that with the GDP per capita just across the areas managed by the Palestinian authority, which is more like $10,000 per capita, you notice such a dramatically stark difference in economic vitality,” Romney said.

Citing the book “The Wealth and Poverty of Nations,” Romney detailed his interpretation of author David Landes’ thesis.

While Romney has cited Landes’ book in speeches before, and included a passage about it in his own book “No Apology,” his remark in Israel Monday drew a sharp reaction from Sa’eb Erekat, chief Palestinian negotiator and a member of the executive committee of the Palestine Liberation Organization.

“This man, before he came here, he should have got some education about Israelis, Palestinians, and the region,” Erekat said. “The Romney statements on Jerusalem and the racist statements about the Israeli culture being superior to the Palestinian culture reflect someone who needs to be educated, who needs knowledge. His statements are serving those extremist in the region now, and will serve extremists unfortunately.”

The West Bank and the Gaza Strip came under Israel’s control after the six-day war in 1967. Israel continues to control access to both regions.

The World Bank, in a 2009 report, argued the Israeli restrictions to Gaza and the West Bank were hindering economic growth in the region.

“The largest impediment to private sector investment in the West Bank and Gaza remains the restrictions on movement and access to resources and markets imposed by the Government of Israel,” a report from the World Bank stated.

Erekat said Romney’s remarks were based in a “lack of knowledge” about the economic realities in the region.

“This man has no knowledge and yet he comes and makes racist statements which will play in the hands of extremists in the region,” Erekat said.