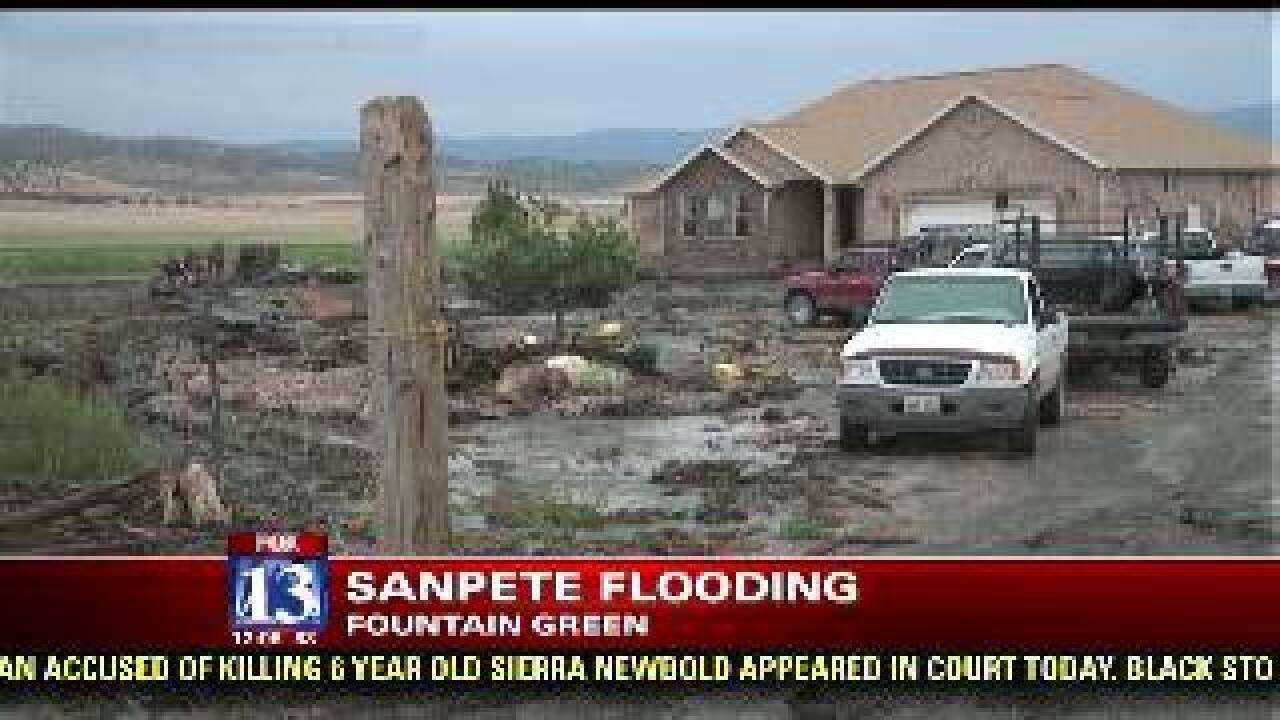 "If they are anything like yesterday, it's definitely going to be a concern as far as more flash flooding coming back down," said Sanpete County Sheriff's Deputy Eric Zeeman.

The sheriff's office has warned travelers on Monday to avoid Highway 132 south of Fountain Green after massive flash flooding occurred.

"Due to the extensive acreage that was burned, the rain fell on that part and all that collected on that channel and forced it right next to Fountain Green City and the channel wasn't able to handle the quantity of water that came through and we experienced a significant amount of flooding," said Zeeman.

Zeeman says there were two homes severely damaged by the flood waters. However, he says no one was reported injured.

Highway 132 was reopened some time round 9 p.m.