Why polio hasn’t gone away yet 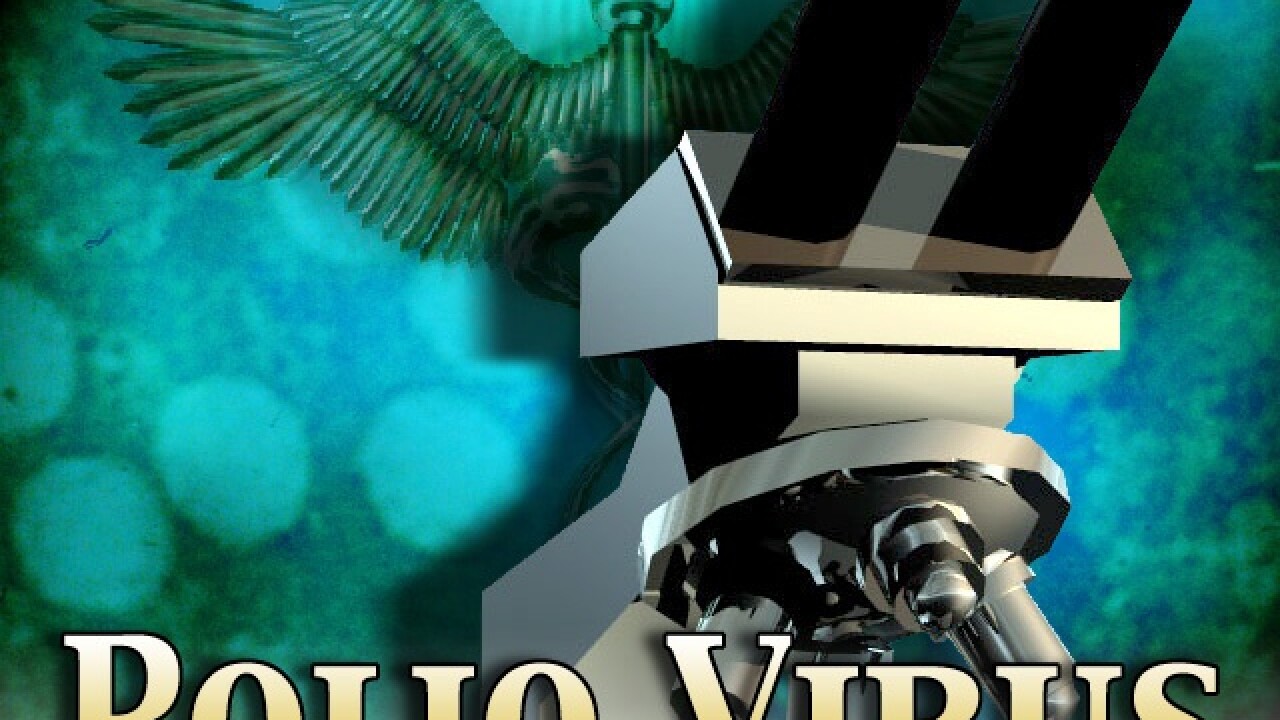 (CNN) — Two little girls in matching gingham jumpers — Pam is crouching and pulling on her sister Patricia’s leg brace — appeared in a poster for the National Foundation for Infantile Paralysis in the early 1950s. They’d both recovered from polio.

“The story always went that she would loosen my braces, so we could play better, because my legs would be stiff … I had it worse than she did,” said Patricia O’Neil Dryer, now 65 years old and living in St. Cloud, Florida.

The poster is from a time when polio was a crisis in the United States. Today, the disease has been almost entirely eliminated worldwide, and its “poster children” live in remote areas of violence-stricken developing countries.

Health efforts are close to wiping out polio, but two significant challenges remain: money and the operational logistics of getting the vaccine to people who need it.

On the precipice of eradication, it’s worth taking a look at how far we’ve come with polio and what’s left to be done.

There have been 96 cases of polio reported worldwide this year, said Dr. Stephen Cochi, a polio specialist at the Centers for Disease Control and Prevention. That represents a two-thirds reduction in cases compared with the same point in 2011. “We’re on an acceleration path downward,” he said.

Countries that have never been free of the disease are said to have endemic polio, and three remain: Afghanistan, Pakistan and Nigeria. Besides those countries, Chad, which previously had been polio-free, is reporting five cases this year because of the virus crossing the border with Nigeria, Cochi said.

It’s going to be hard to get the number of annual cases down to nothing because of difficulties remaining in those few countries, Cochi said.

The World Health Organization has an action plan for the next 18 months that could very well lead to eradication, says Oliver Rosenbauer, spokesman for polio efforts at the organization.

But there’s a $945 million funding gap, he said. Already, polio immunization activities in 24 countries have been cut this year.

And then there are logistical issues of getting vaccines to the children who need them most.

In northwest Pakistan, the Taliban have imposed a ban on polio vaccinations, which could affect about 280,000 children who live in tribal areas in the region, according to the World Health Organization.

The local Taliban militants prohibited the vaccines to protest American drone strikes in the area. And this month, health workers and volunteers did not achieve their goal of immunizing children in North and South Waziristan.

When polio was in the United States

Most people with polio have no symptoms; minor symptoms such as limb pain, fatigue and nausea affect about 4% to 8% of patients, according to the CDC. Fewer than 1% of cases lead to patients becoming permanently paralyzed, usually in the legs. Between 5% and 10% of paralyzed patients die when their respiratory muscles become paralyzed, too.

Human beings have been living with polio for thousands of years, Cochi said. There’s evidence from ancient Egypt that paralytic polio existed there and even infected royalty. But it wasn’t described clinically until 1789.

The United States saw its first polio outbreak in 1894 in Vermont, with 132 cases, according to the Smithsonian. As the population became more urbanized in the early 20th century, more outbreaks occurred. President Franklin Delano Roosevelt contracted the disease at age 39 in 1921.

Although no cure was developed, a device called an iron lung was invented to help people with the disease breathe. The patient would lie on a bed inside a cylindrical tank, and the machine helped some people become able to breathe again on their own. This device cost about $1,500 in the 1930s — about what a home would cost then, according to the Smithsonian.

Eileen Grotzsky of Queens, New York, 65, was one patient who had to use an iron lung as a young child. By that point, she was paralyzed from the neck down. “I was one of the lucky ones. My left leg was bad; my right leg was pretty good,” she said.

John Kressaty of Mesa, Arizona, now 64, was 7 when he contracted polio. In his hospital ward, there were only about seven iron lungs — not enough to go around. He underwent a treatment developed by an Australian nun named Sister Elizabeth Kenny that consisted of “hot, steamed, woolen cloth over your body” and physical therapy. He slept on a mattress with a plywood board underneath it so his spine wouldn’t curve.

Kressaty feared he would never be able to move his arms and legs again.

“You’re thinking, ‘Is that what I’m going to go through for the rest of my life?’ ” he remembers.

Fortunately, Kressaty didn’t have any major physical limitations when he recovered. He went back to school but couldn’t fully participate in gym class, and his left side was weaker than his right. By 18, he was regaining muscle tone and played college basketball for a year.

“I got through most of life not with any restrictions,” he said. “I was very lucky.”

In 1938, Roosevelt founded the National Foundation for Infantile Paralysis, an organization known today as the March of Dimes Foundation, to fight polio. The organization funded the two vaccines — created by Jonas Salk and Albert Sabin — that would lead to the protection of most of the world against polio.

The vaccine was eagerly awaited because, according to the CDC, about 35,000 people annually became disabled because of polio in the U.S. in the 1940s and ’50s.

Salk’s vaccine, developed in the 1950s, involved injecting a virus that was “killed,” while Sabin’s vaccine — which he worked on in the 1960s and which was administered orally — contained a weakened version of polio.

The Sabin vaccine actually helped boost immunity in communities beyond the individual because people shed the weakened virus in their feces. It came to replace the Salk vaccine in many places between 1963 and 1999, according to the Smithsonian. But the injected killed virus version is what’s given in the United States today because of the rare instances of people developing polio from the oral vaccine.

Polio was declared eradicated in the United States in 1979. But the vaccination effort doesn’t stop.

“In the U.S., where there’s no problem anymore, we still want to have (the) population protected,” said Michael Katz, senior advisor and interim medical director of the March of Dimes.

Children should receive four doses of inactivated polio vaccine, delivered as an injection, at ages 2 months, 4 months, 6 to 18 months, and 4 to 6 years, according to the CDC.

Most American adults were vaccinated as children and don’t need another dose. But people may need additional protection if they are traveling to high-risk countries, handle poliovirus specimens in a laboratory or have close contact with a person who has polio.

Polio primarily spreads from person to person — through coughing and sneezing — or through fecal contamination. The particles are large enough that the risk of contracting polio in the air is momentary, and on a surface like a desk or a chair, it can last an hour or two. But in sewage, it can last for weeks or even months.

Comparing polio to other diseases

Polio is the next likely candidate for disease eradication, Cochi said.

The only infectious disease that humans have eradicated is smallpox. Like polio, it was a viral disease spread from person to person and would infect everyone in the absence of vaccination.

And there’s no non-human animal in nature that hosts these viruses, making it easier to eradicate than a disease that animals carry, too (although at least 100,000 monkeys were killed in the development of polio vaccines in the mid-20th century, according to the Smithsonian).

A big difference, though, is that smallpox has obvious characteristic symptoms: fever and rash. Most people with polio have no symptoms at all, or very mild symptoms. On average, one out of 200 patients experiences paralysis.

Another close contender for eradication is guinea worm. Eradication efforts have been ongoing in Africa since 1986. This disease spreads in water. Only 391 cases have been reported this year worldwide, all in Africa, Cochi said.

Compare that with measles, which is the next likely target for an eradication effort, Cochi said. There are nearly 380 deaths from this disease every day worldwide, amounting to 139,300 deaths in 2010. It’s especially common in developing countries.

For polio, tremendous progress is being made, with 95% of children being reached for the most part, Rosenbauer said. But there are still districts where only 75% to 80% of children are covered, which allows the virus to continue circulating in those areas.

“Within these three countries, the virus keeps getting increasingly restricted,” Rosenbauer said. “We’re not there, but I think the trend is good.”

Violence in countries with endemic polio complicates the situation, Rosenbauer said. There are issues of accessibility in some federally administered tribal areas because of conflict, and representatives of the vaccination effort must negotiate access. Nonetheless, other conflict-laden countries such as Somalia and the Democratic Republic of Congo have been able to eradicate the disease.

Fortunately, it’s clear where the areas are that have these challenges — geographic zones where children haven’t been vaccinated and the virus still circulates. Pakistan’s National Emergency Action Plan addresses specific problems preventing children from being reached, and the country is mobilizing government resources to support the public health sector, Rosenbauer said.

But other difficulties arise, such as the recent Taliban ban. Additionally, aid groups and Pakistani health officials have said that the CIA’s operation to verify Osama bin Laden’s whereabouts, which involved a door-to-door vaccination campaign, undermined the country’s polio eradication efforts.

And sometimes rumors circulate that the polio vaccine might not be safe or desirable. One Nigerian doctor and leader said in 2003 that the polio vaccine “can give the AIDS virus and that it contains contaminants that are likely to cause cancer in the human body.” Unfounded fears of disease and infertility led three states in Nigeria to suspend polio immunization programs.

“The key is really to engage community leaders, see what concerns they may have about the vaccine,” Rosenbauer said. It’s important to talk with these leaders about the benefits of the vaccine and the dangers of the disease, he said.

But mostly, these concerns in communities are far less of an obstruction to eradicating polio than are the operational difficulties in vaccination campaign planning and implementation, he said.

In many areas where polio still exists, there is weak health infrastructure. The challenges include trying to get full commitment from local governments to map populations, figure out how to get vaccines to people and get buy-in from the community, he said.

The goal for Pakistan is to reach 34 million children under age 5. The country has recruited about 200,000 vaccinators, mostly volunteers. There are also WHO teams supporting the effort.

“The real heroes of this are the vaccinators, who are going to great, great lengths to try to reach every single child,” Rosenbauer said.

The people administering the vaccine are local to their communities and mostly volunteers, recruited by the government. They go around their own neighborhoods vaccinating children.

Dryer, the former March of Dimes poster child, used to volunteer every year for polio organizations because “I know what it’s like to be paralyzed and dependent on people,” she said.

“A lot of people don’t realize it, because they never had anything like that in their life,” she said.