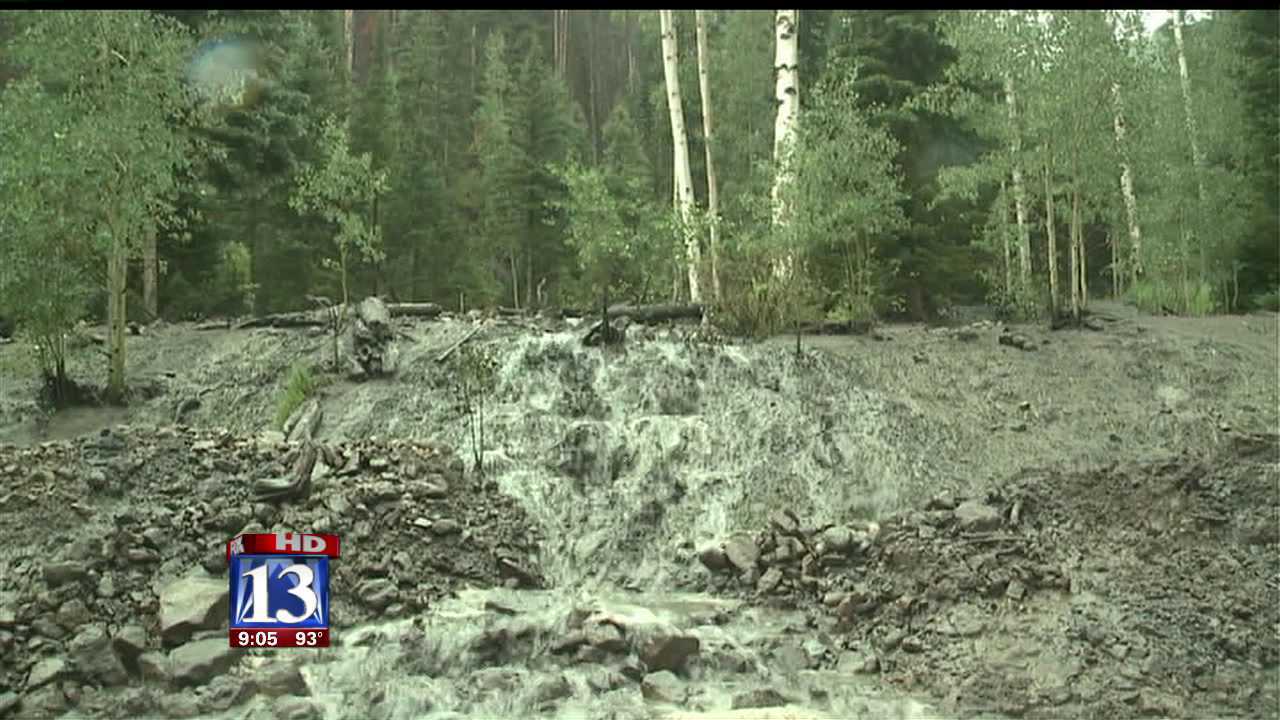 EMERY COUNTY, Utah -- After 74 square miles of forest and fields burned from the Seeley Wildfire last month, recent rainfall has created torrents of runoff and mudslides.

On Tuesday, rain storms created rivers of ash and mud coming off the burn scar flowing over roadways and campgrounds.

Arnold Moosman, who has been driving Highway 31 to get to work every day, has had to contend with the flooding.

"You never know when the road's going to be shut off," says Moosman. "And I think it's just the start of it."

With mudslides plaguing his path, he has moved his motorhome closer to work to avoid a questionable commute.

"It's going to be quite probably a long time between now and the time that grows back before you're now worried about slides and stuff," says Moosman.

So far no damage has been reported from the burn scar runoff, which is unlike the flooding that occurred in Sanpete County this week where burn scars there have allowed flash floods to damage a few homes and structures.

Authorities have closed most campgrounds surrounding the Seeley burn scar due to the extreme runoff and flooding.