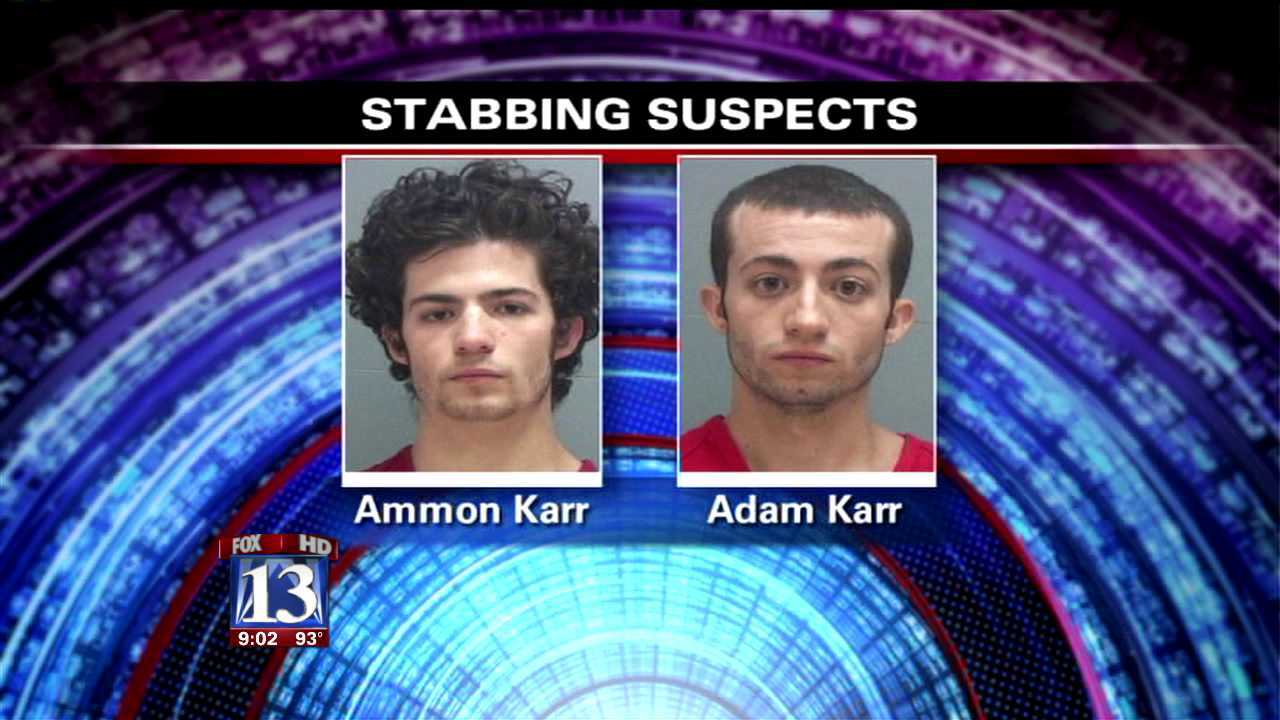 SALT LAKE CITY -- Police arrested a fourth suspect in connection with a Tuesday morning fatal stabbing in near the Capitol building.

Salt Lake City Police have arrested two adult brothers, a male juvenile, and a female juvenile. They said they have no reason to believe that anyone else was involved.

The brothers, 21-year-old Ammon Karr and 26-year-old Adam Karr, along with a 17 year-old juvenile, were arrested Tuesday.

"She was booked into detention. She was present when the crime occurred and I believe the charge was evidence tampering," said Detective Dennis McGowan, Salt Lake City Police Department.

The second female was released after she was questioned.

Police say the stabbing occurred at a triplex apartment building at 31 E. Girard Avenue at about 1:30 a.m. They say 22-year-old Azerereth Yazzie was found with several stab wounds.

Police say Yazzie was conscious for a while, but would not speak with police about the incident. He was taken to the hospital where he later died from his injuries.

Police responded to the scene when an unknown person called from an inactive cell phone.

Police followed a trail of blood to a nearby apartment building where they discovered a sleeping 17-year-old male. The teen told police he did not know anything about the incident.

According to a probable cause statement, the suspects "were engaged in a physical confrontation with the victim, produced a knife and stabbed the victim multiple times, then gathered evidence (bloody clothing and the murder weapon) from the scene and concealed it and fled the scene."

The statement goes on to say "the juvenile dragged the victim to a nearby alley and stomped on his face. He returned to the scene and concealed evidence by washing bloody clothing."

The brother have been in trouble with the law before. Adam Karr had a warrant out for his arrest after he pleaded guilty to child sex abuse and failed to show at court.

Neighbors say the house have been a problem lately. They said it is being rented by multiple college students and has developed a reputation as a "party house." Police said there are no reports filed of incidents, but that there have been a few calls.

All three could face aggravated murder and obstruction of justice charges.