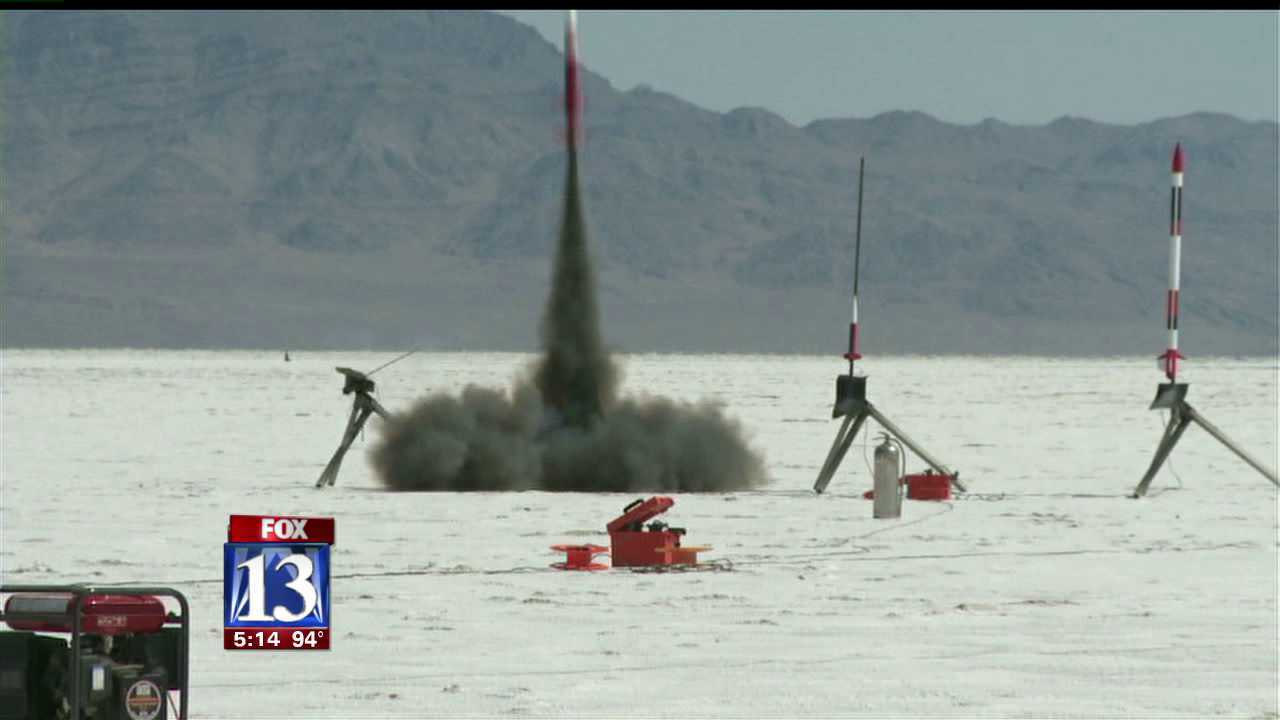 What started as a hobby has turned into an obsession for many of the members of the Utah Rocket Club. The members are passionate about setting off their model rockets.

This week they cleared a portion of airspace so they can launch their rockets above the Bonneville Salt Flats.

They have been going to Bonneville for 17 years to launch, hoping when they go up, they come down in one piece.

They call it Hellfire and it is held just once a year at Bonneville. Only once, because people cannot launch rockets in upwards of 16,000 feet just anywhere.

“We've cleared it with the FAA so the airspace has been cleared out to two miles around us,” said Marti.

Chris Baker made five rockets to launch at the event.

"It's really gratifying watching your hard work go up, and hopefully come back down safely, it's gratifying either way, it's really fun to do,” said Baker.

They are named and designed with one thing in mind.

"Making sure everything's built right to make it work right," said rocket enthusiast Neal Baker. "That's the challenge to me, the flight is kind of the bonus at the end."