Romney to Reid: ‘Put up or shut up’ 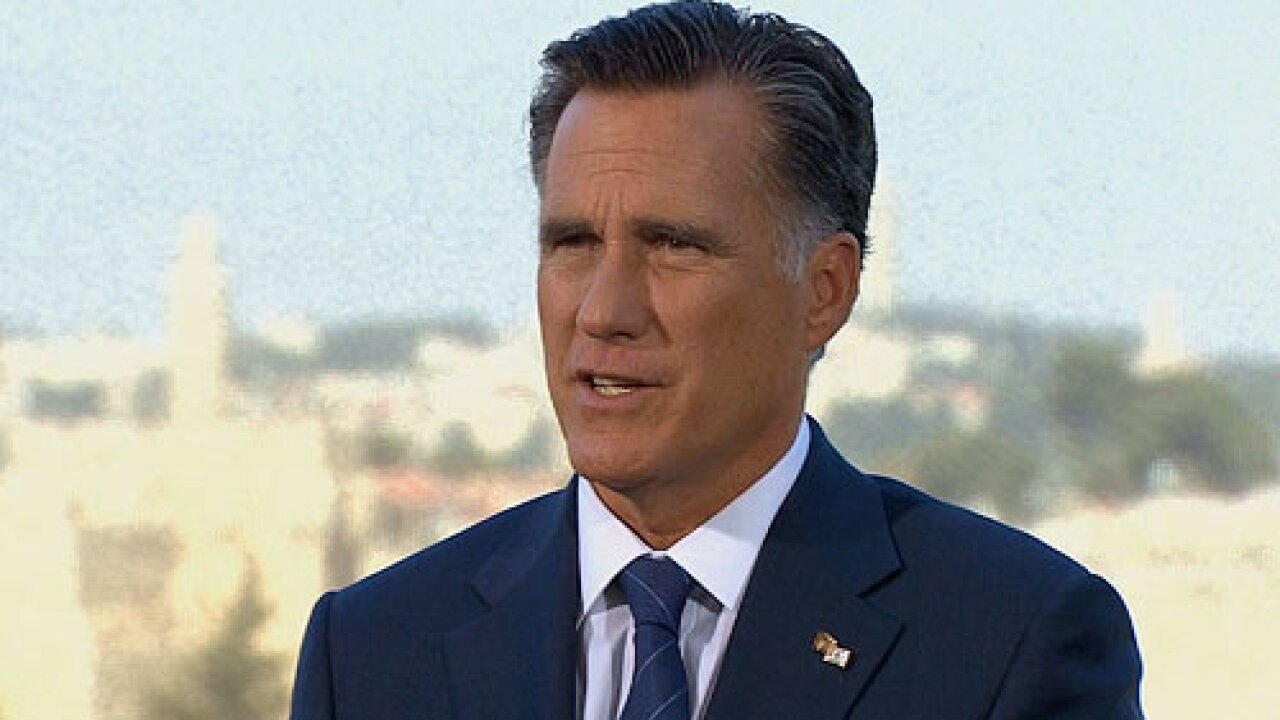 (CNN) — Mitt Romney on Thursday pushed back against Senate Majority Leader Harry Reid’s allegations that the presumptive GOP nominee has not been paying his taxes.

“It’s time for Harry to put up or shut up,” Romney said on Sean Hannity’s radio show.

In a Huffington Post interview published Tuesday, the leading Democrat said that an unnamed investor with Bain Capital, Romney’s former private equity firm, told Reid in a phone conversation that Romney had not paid taxes for a decade.

Reid stood by the allegations on Thursday while speaking on the Senate floor.

“The word’s out that he hasn’t paid any taxes for 10 years,” he said. “Let him prove he has paid taxes because he hasn’t.”

Democrats and President Barack Obama’s re-election campaign have repeatedly called for Romney to release more tax documents to answer any questions about his financial portfolio.

Romney has made public the full 2010 tax return and an estimate for 2011, with a pledge to release the full year once it’s complete. He filed an extension for an October deadline.

Critics have hit back against Reid’s comments this week, faulting him for making claims based off an anonymous source.

“Harry’s gonna have to describe who it is he spoke with because of course that’s totally and completely wrong,” Romney said Thursday in the radio interview. “It’s untrue, dishonest and inaccurate. It’s wrong. So I’m looking forward to have Harry reveal his sources and we’ll probably find out that it’s the White House.”

Mirroring Romney’s comments, senior campaign adviser Eric Fehrnstrom described Reid’s comments as “shameful, pathetic, baseless and untrue” and argued the majority leader, with the help of the Obama campaign, was attempting to “engage in McCarthy-like accusations about Mitt Romney.”

“Four years ago Barack Obama said he was going to come to Washington and change the politics. Instead the Obama campaign has turned into a bottomless pit. Every day they reach a new low,” he said Thursday on CNN’s “The Situation Room.”

Adding on, Fehrnstrom said Romney has “never zeroed out his tax liability” and “has always paid 100% of what was owed.”

After Romney’s interview on Hannity’s radio show, the majority leader responded in a statement and said he is not backing down from his remarks.

“As I said before, I was told by an extremely credible source that Romney has not paid taxes for ten years. People who make as much money as Romney have many tricks at their disposal to avoid paying taxes,” he said.

Reid argued Romney is “hiding something” and called on the presumptive GOP nominee to release more taxes.

“When it comes to answering the legitimate questions the American people have about whether he avoided paying his fair share in taxes or why he opened a Swiss bank account, Romney has shut up. But as a presidential candidate, it’s his obligation to put up and release several years’ worth of tax returns just like nominees of both parties have done for decades,” Reid said.

According to a source familiar with Reid’s thinking, the majority leader, a former boxer, considers himself a political street fighter now, willing to throw a punch and get hit back big time for a cause. In this case, the cause is making sure the topic of Romney’s tax returns remains in the news, and in the campaign narrative.

The source said Reid is “happy to mix it up and put this back in the news” and added the “finger waggers of the Acela corridor won’t dissuade him from speaking his mind.”

Reid, the source said, is unconcerned about the hits he is taking on making unsubstantiated claims, because the Democratic base is fired up. The source says they know that anecdotally. It’s not an accident that Reid said this to the Huffington Post, a friendly outlet, and did so as Romney was returning from his overseas trip.

“What happened when Romney returned? The first story he has to deal with is his tax returns,” the source said.

One of Romney’s biggest surrogates, Sen. John McCain of Arizona, came to Romney’s defense on Thursday, saying Reid may have “gone over the line.”

“I’ve known Sen. Reid for many, many years, and occasionally he displays some rather erratic behavior,” McCain said on CNN’s “Anderson Cooper 360.” “To accuse someone of doing something without a shred of proof–that the allegation has any substance–is really something I, frankly, don’t understand.”

McCain, whose 2008 presidential campaign reviewed Romney’s tax records as they considered him to be the vice presidential running mate, said last month he can “personally vouch” that there was “nothing disqualifying” in the tax returns of the presumptive GOP presidential nominee.

On Thursday, he urged Reid to come “forward” with his source.

“I think politics are tough. I enjoy the give and take but I think Harry might have gone over the line,” McCain said.