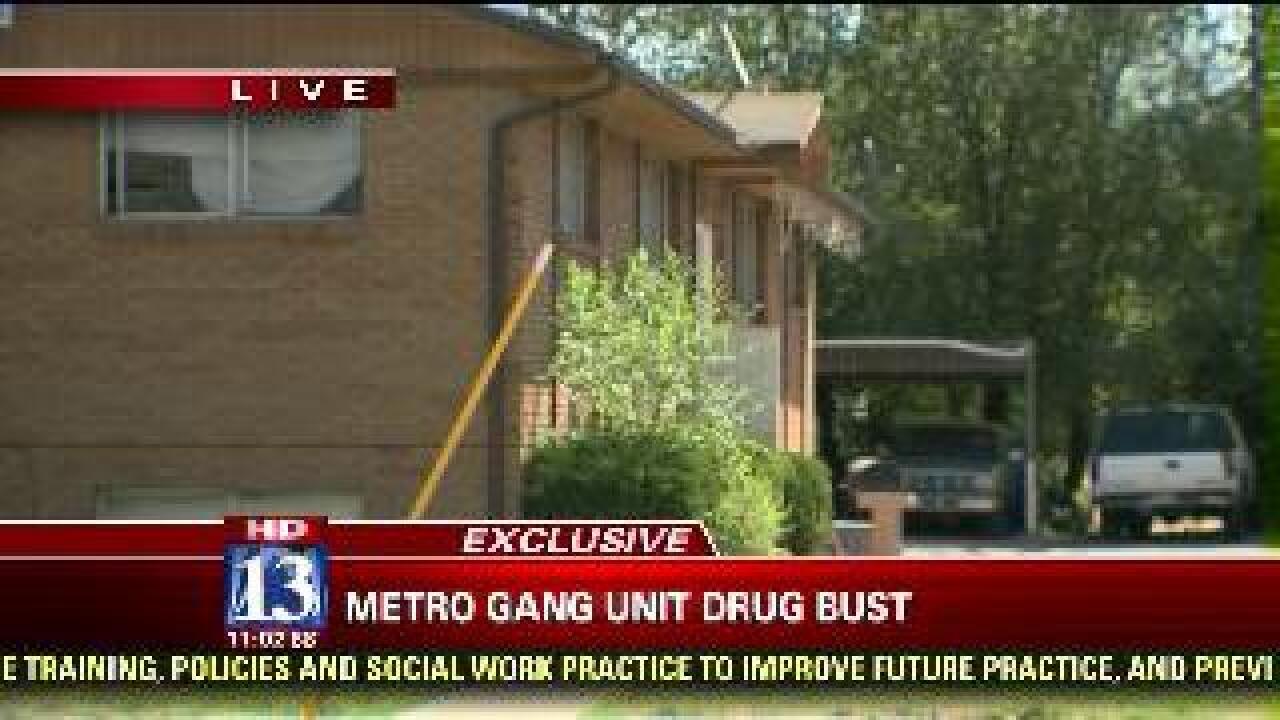 The arrests happened around 7 p.m. Wednesday at 3123 South and 200 East in South Salt Lake.

The address had caught the attention of authorities when they saw suspected gang members allegedly buying drugs at the apartment.

Officers from the metro gang unit said they were conducting a narcotics investigation when they served a search warrant to the men and found meth, cocaine, and heroine in the home.

Officials said they served what they called a "low key search warrant" because they knew there were young kids inside the home.

"There was a bunch of kids in the house, I'm not sure how many officially live here or were staying here a the time when we came but there's a bunch of little ones in the house," said Sgt. Paul Barker, Salt Lake City Metro Gang Unit. "They've been handed over to a grandmother."

The unit has been an issue for a while, according to neighbors, who complained of constant traffic in and out at all times of day.

A neighbor said that she has watched over the young children that lived at the apartment for years, including feeding them.

"They had everybody outside, and I just felt bad for the kids, again," said a neighbor who did not wish to be identified. "I took them water."

The health department condemned the apartment unit the men were living in because of its condition and the drugs in the house.

Police said the two men did not resist arrest and were taken to jail. Their names have not been released.

They could face multiple counts of drug possession and child endangerment.