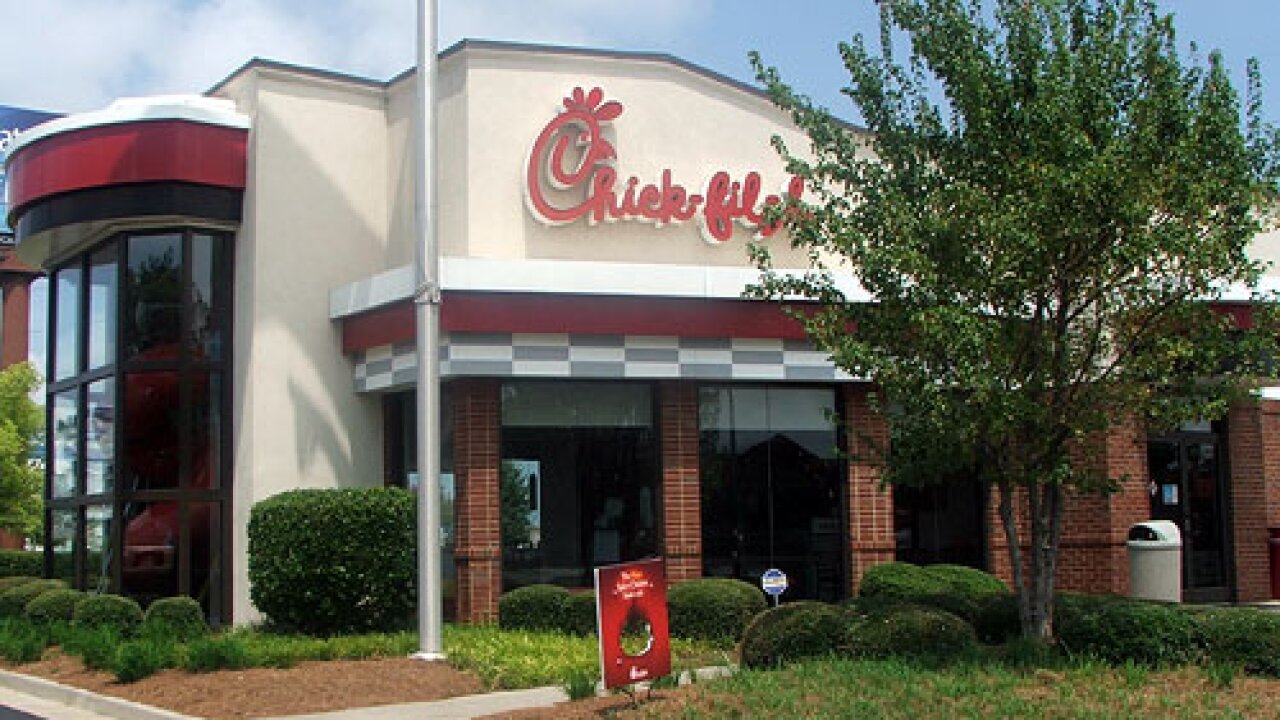 Organizers used social media to urge same-sex couples to participate in the event and post pictures and videos online.

"I like to liken it to a married couple sharing a light kiss over a romantic meal, it's the same thing. We're here, and our love is just as good," organizer Carly McGehee said.

The latest campaign follows a Wednesday event dubbed Chick-fil-A Appreciation Day, in which Americans lined up at eateries nationwide to support the company.

Chick-fil-A said it set a sales record Wednesday, but declined to release the numbers.

"We can confirm reports that it was a record-setting day," said Steve Robinson, the executive vice president of marketing.

McGehee said she hopes to have just as many people turn out Friday as did for Wednesday's event backing the restaurant chain.

About 13,500 people have expressed their support on a Facebook page dedicated to the protest, she said. Others are following on Twitter and off-line.

McGehee said she hopes someone will protest at each of the more than 1,600 Chick-fil-A locations. Most demonstrators will remain outside, although some have said they plan to take the protest inside, she said.

Some plan to buy food with cash marked "gay money," she said.

Chick-fil-A Executive Vice President of Marketing Steve Robinson issued a statement saying the company appreciates all of its customers and is "glad to serve them at any time."

The controversy started after an interview with the fast-food restaurant chain's president, Dan Cathy, appeared in The Baptist Press on July 16. He weighed in with his views on family.

The statement caused an uproar, with activists saying that Cathy voiced opposition to gay marriages.

Former Arkansas Gov. Mike Huckabee created a Facebook page urging people to buy food at the chain during the Chick-fil-A Appreciation Day after the backlash from the statement.

Throngs of people heeded his call, snaking around various Chick-fil-A restaurants nationwide Wednesday, including in Texas, Georgia and Tennessee.

Proponents of same-sex marriage organized a simple counterprotest for Wednesday, asking people to donate the approximate cost of a Chick-fil-A meal, about $6.50, to gay and lesbian rights groups, according to the Gay & Lesbian Alliance Against Defamation, known as GLAAD.