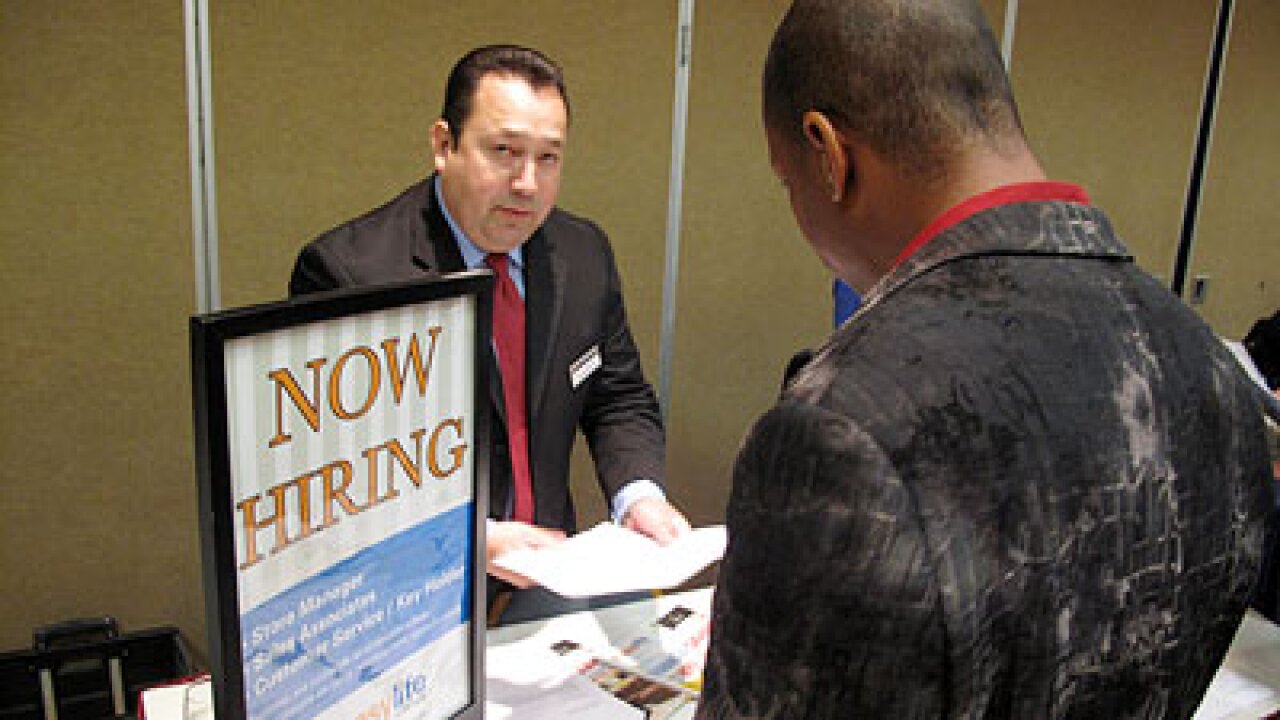 NEW YORK (CNNMoney) — Businesses stepped up their hiring in July, but the unemployment rate ticked higher.

Employers added 163,000 jobs in the month, the Labor Department reported Friday, way up from June when the economy added 64,000 jobs.

But the unemployment rate ticked up to 8.3%.

Economists surveyed by CNNMoney had expected to see employers add 95,000 jobs and the unemployment rate to remain at 8.2%.

The public sector continues to be a drag on overall hiring. The government cut 9,000 jobs in the month, while private businesses added 172,000 jobs.

Revisions from previous months also showed the economy gained 6,000 fewer jobs in May and June than originally thought.

Three years after the recession ended, roughly 12.8 million Americans remain unemployed, and 40.7% of them have been so for six months or more.

Meanwhile, 338,000 so-called “discouraged workers” were not counted in the labor force, because they did not look for a job in the last four weeks.