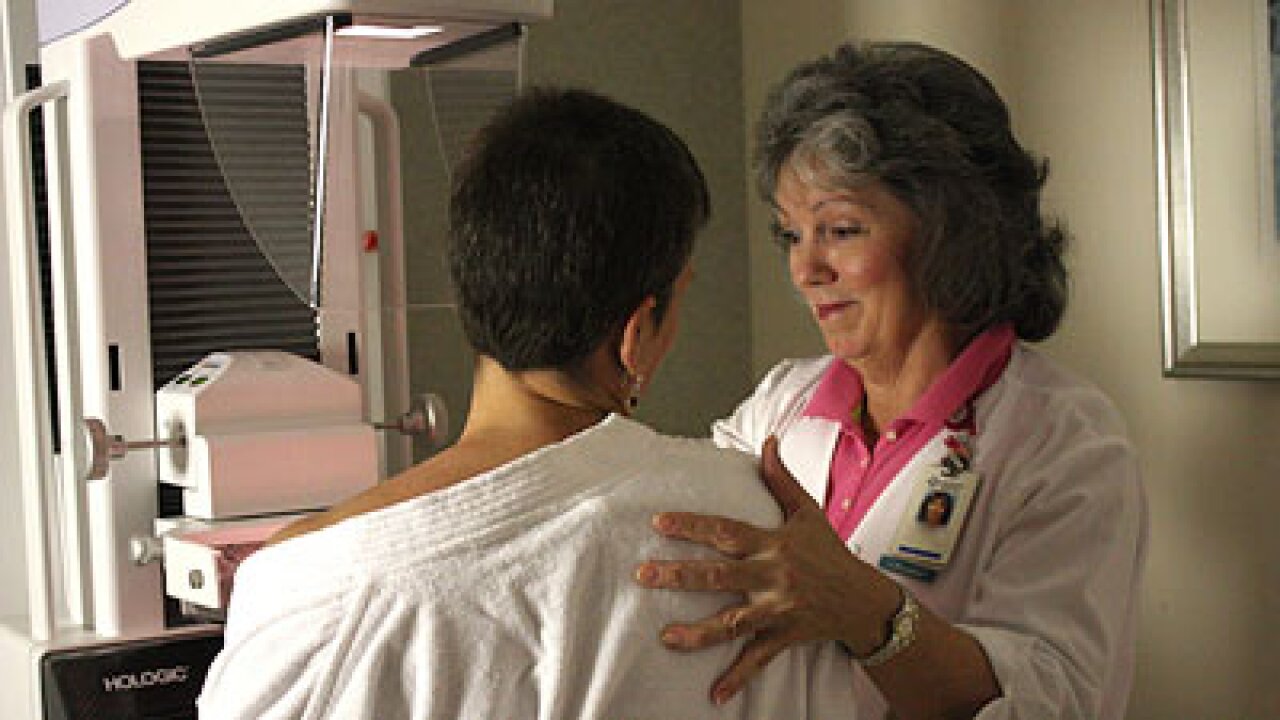 A woman undergoes a mammogram at an Atlanta hospital.

(CNN) — A national breast cancer charity is being accused of using misleading statistics to convince women to have mammograms, according to a paper published Thursday in the British Medical Journal.

Susan G. Komen for the Cure’s mammography campaign during breast cancer awareness month last October has come under fire from professors Steven Woloshin and Lisa Schwartz at the Dartmouth Institute for Health Policy and Clinical Practice, who say the foundation overstated the benefits of the procedure and totally ignored the risks.

“The ad implies that mammograms have a huge effect, but the only evidence that they use is the five-year survival rate for breast cancer when caught early is 98% and when it’s not, 23%,” Woloshin said. “The problem is that in the context of screening survival, statistics are meaningless.”

“To make an informed decision, you not only have to know the benefits you have to know the harm. And the ad does not say anything about harm, it just gives you this exaggerated benefit statistic,” Woloshin said.

“Screening is a genuine decision people need to make and they can only make it if they have the facts. It doesn’t mean that screening is not good, it means it does good and it does harm. Some people can benefit and some will get hurt, and the harm is just as real as the benefit.”

Woloshin and Schwartz write a series that highlights exaggerations, distortions and selective reporting in advertising, news stories and medical journals that are misleading. They say the problem in Komen’s case is using survival statistics to determine the benefit of screening.

“There is no correlation between changes in survival and changes in how many people die.” Woloshin said. “Twenty to 50% of women who get screened every year end up having at least one false alarm over 10 years, and 5-20% actually end up having to have a biopsy to rule out cancer.

“The most important harm is overdiagnosis — screening can find cancers that were never destined to cause harm because it grows so slowly or can go away on its own,” he said.

“It would never have harmed you, you would never have known about it and you would have lived your whole life and died from something else. These people get treated. They get radiation, chemotherapy, surgery and it’s all unnecessary. “

Woloshin also says the Komen ad ignores the problems with screening. He says for every life saved by screening two to 10 women are misdiagnosed, suffer anxiety and undergo unnecessary radiation, chemotherapy or surgery.

He said in the end, it all boils down to this: “You can’t make a good decision unless you have the basic facts. It exaggerated the benefit and it ignored the harm.”

“We have long advocated for women to be informed about the benefits and risks of early detection and treatment,” said Chandini Portteus, Komen’s vice president of research, evaluation and scientific programs.

“The numbers are not in question. Early detection allows for early treatment, which gives women the best chance of surviving breast cancer.”

Since its inception in 1982, the organization — creator of the “pink ribbon,” a symbol of breast cancer awareness and the official symbol of National Breast Cancer Awareness Month — has invested nearly $2 billion in research.

“We’ve said for years that science has to do better, which is why Komen is putting millions of dollars into research to detect breast cancer before symptoms start — through biomarkers, for example,” said Portteus.

“Komen also is funding research to help accurately predict which tumors will spread and which won’t. While we invest in getting those answers, we think it’s simply irresponsible to effectively discourage women from taking steps to know what’s going on with their health.”

Portteus said Komen encourages women to work with their health care providers to find out what’s right for them.

But according to Woloshin, a recent survey he and his colleagues conducted showed even doctors mistake improved survival as proof that screening saves lives.

“The only way to know if a screening test works is if it is proven in a randomized trial that shows that less people die because of screening.”

Dr. Stephanie Bernik, chief of surgical oncology at Lenox Hill Hospital in New York, said none of this is new.

“It is not uncommon in the medical field for researchers, doctors and health care professionals to use statistics in a way that advances their point of view. Results can be spun to be either favorable or unfavorable, depending on one’s stance,” Bernik said.

“We all agree that screening increases the number of procedures that are performed, but finding a tumor at an earlier stage cannot be worse than finding it when it is larger.”