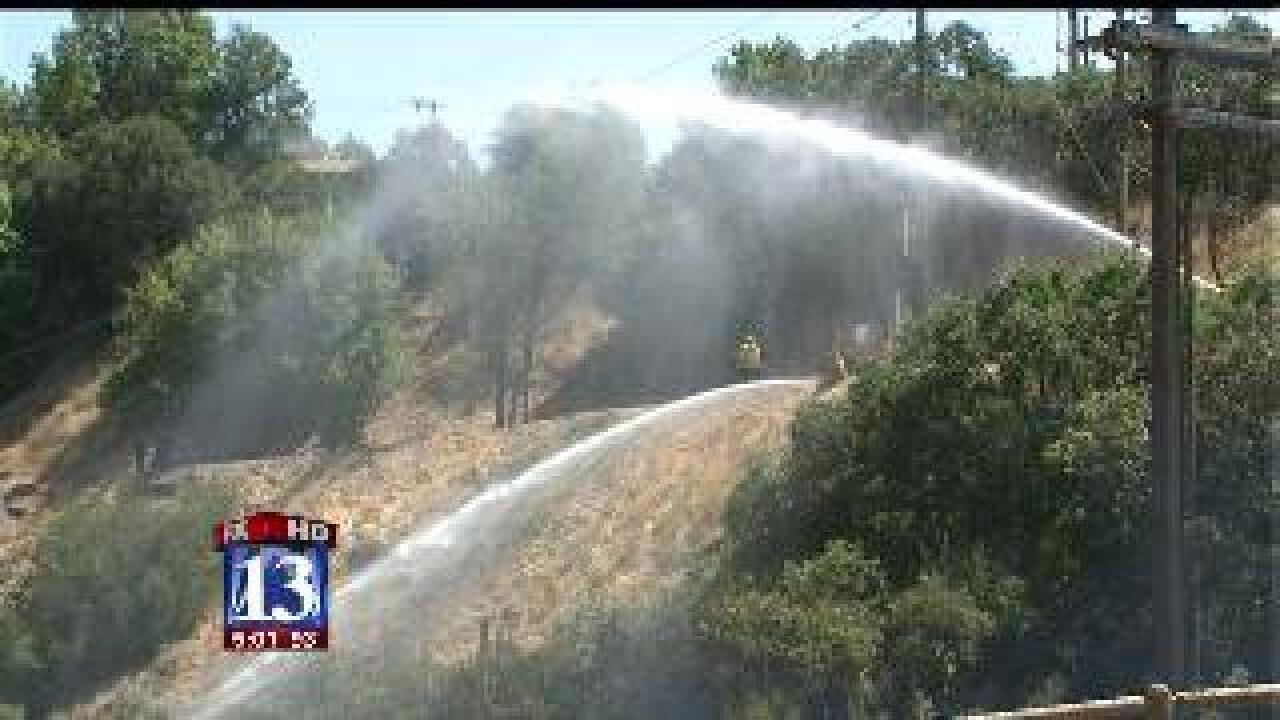 SALT LAKE CITY - Crews have doused a fire near Tanner Park at the base of Parleys Canyon.

Jason Asay, with the Salt Lake City Fire Department, said the fire was determined to be human caused, but investigators are not sure if it was accidental or on purpose.

The Salt Lake City Fire Dept. says that they responded to a fire at Tanner Park, located near 2695 East Heritage Way (2760 South), just after 2:15 p.m. on Saturday. When crews arrived, there were flames and heavy smoke between I-80 and Heritage Way.

After an aggressive attack, the blaze was contained within an hour. It burned approximately two acres. There was no property damage. One nearby resident had an asthma attack from the smoke, but she is doing fine.

Investigators believe a vehicle driving along I-215 flicked a cigarette butt into the area, sparking a fire.