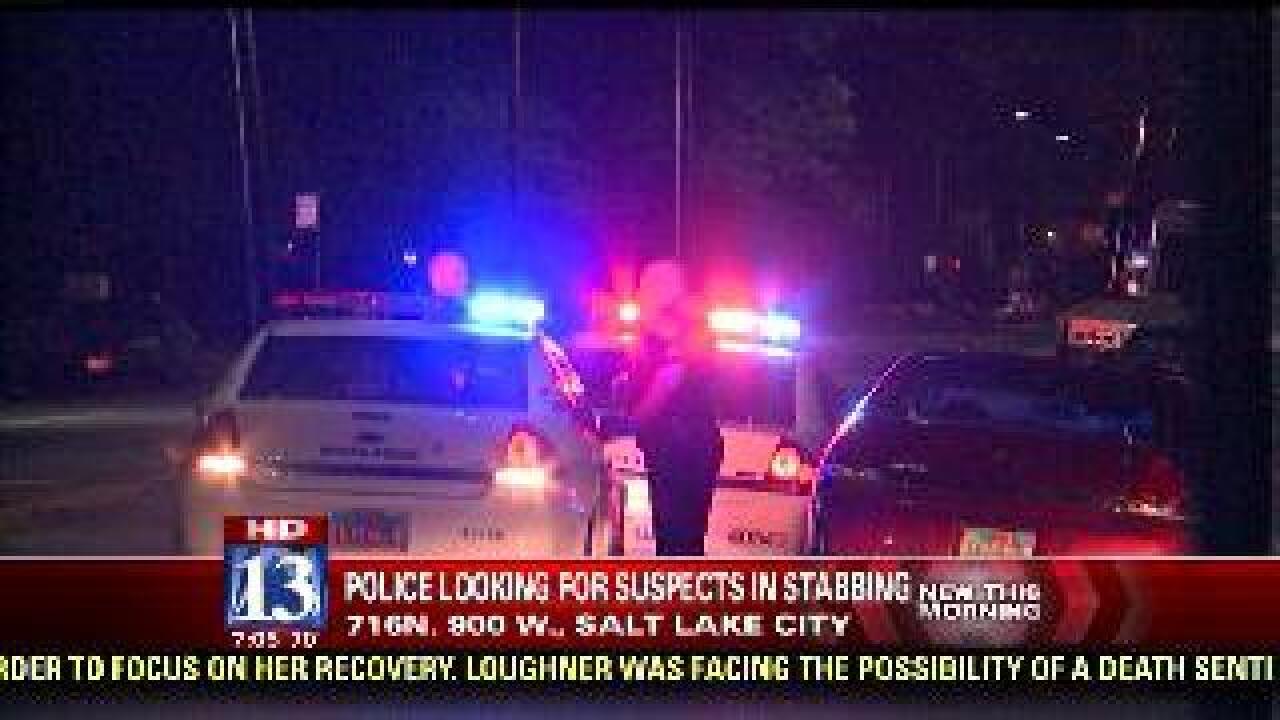 SALT LAKE CITY – A man was stabbed with a throwing star when a dispute between a husband and wife escalated early Sunday morning.

Police say several people were drinking at a house part at 716 North and 900 West in Salt Lake City when a husband and wife began fighting inside the house at around 2:30 a.m. During the altercation, the wife attempted to flee and the fight moved outside.

While the couple was outside, they encountered two transient men nicknamed Guy and Stranger. According to police, the husband slapped the hat off Stranger's head and Stranger responded by cutting the husband's neck with a throwing star. Guy was reportedly not involved in the stabbing.

The man was transported to the hospital in critical condition, but is expected to survive. He is now being investigated for domestic violence, according to police.

Stranger and Guy left the scene and police are still looking for them. Officers are considering the possibility of the transient men stepping in to help the wife.