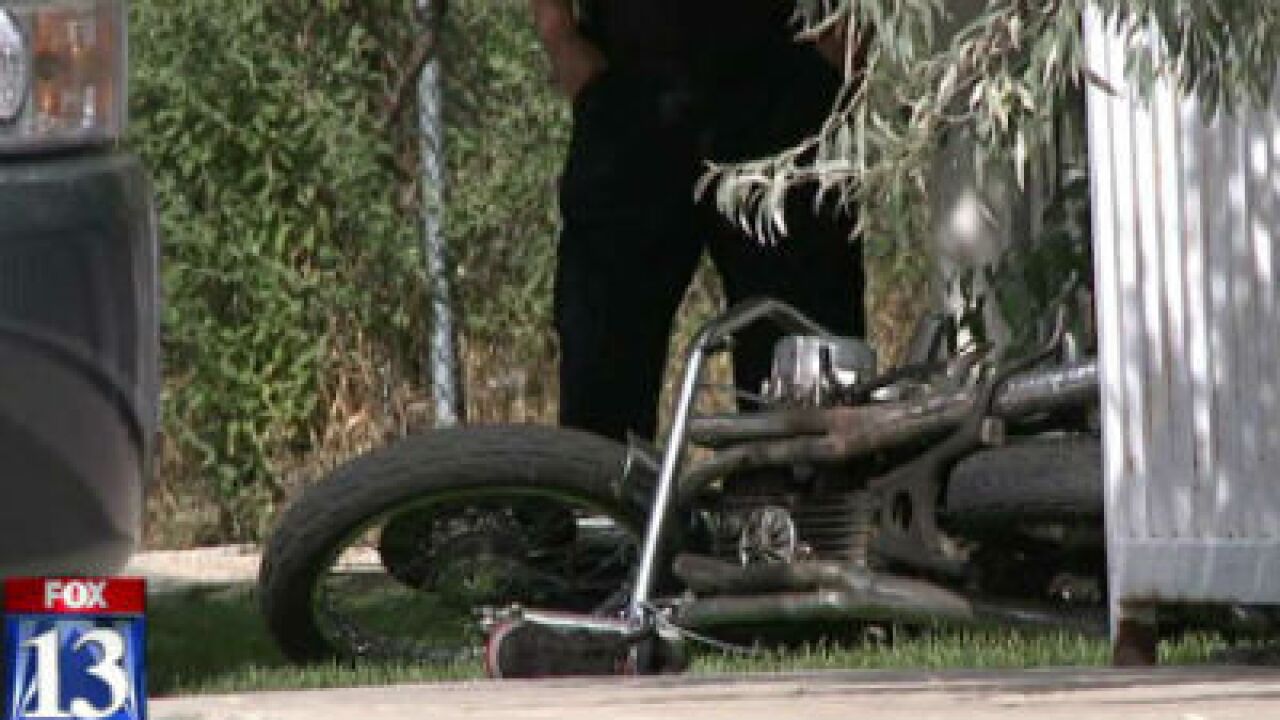 TAYLORSVILLE, Utah – Charges are likely pending against a Taylorsville man whose one-year-old child died in a motorcycle crash Sunday.

The crash happened at the Bridgeside Landing apartments near 4521 South Bridgeside Way (700 West).

Police say Shannon Moore, 48, was driving a motorcycle with his one-year-old child seated on the cycle between him and the handlebars when the motorcycle crashed at 2:40 p.m.

“But all the witnesses say the speed was too fast. The child was between him and the gas tank so when he lost control of the bike, there’s no way to hold on. If your child wants a ride on your motorcycle or four-wheeler and they’re not old enough to touch the pegs with their feet and wear a helmet. Common sense says don’t give your child a ride on the motorcycle,” said Det. Levi Hughes, UPD.

The one-year-old child was thrown from the motorcycle and died at the scene. Moore was taken to the hospital in fair condition.