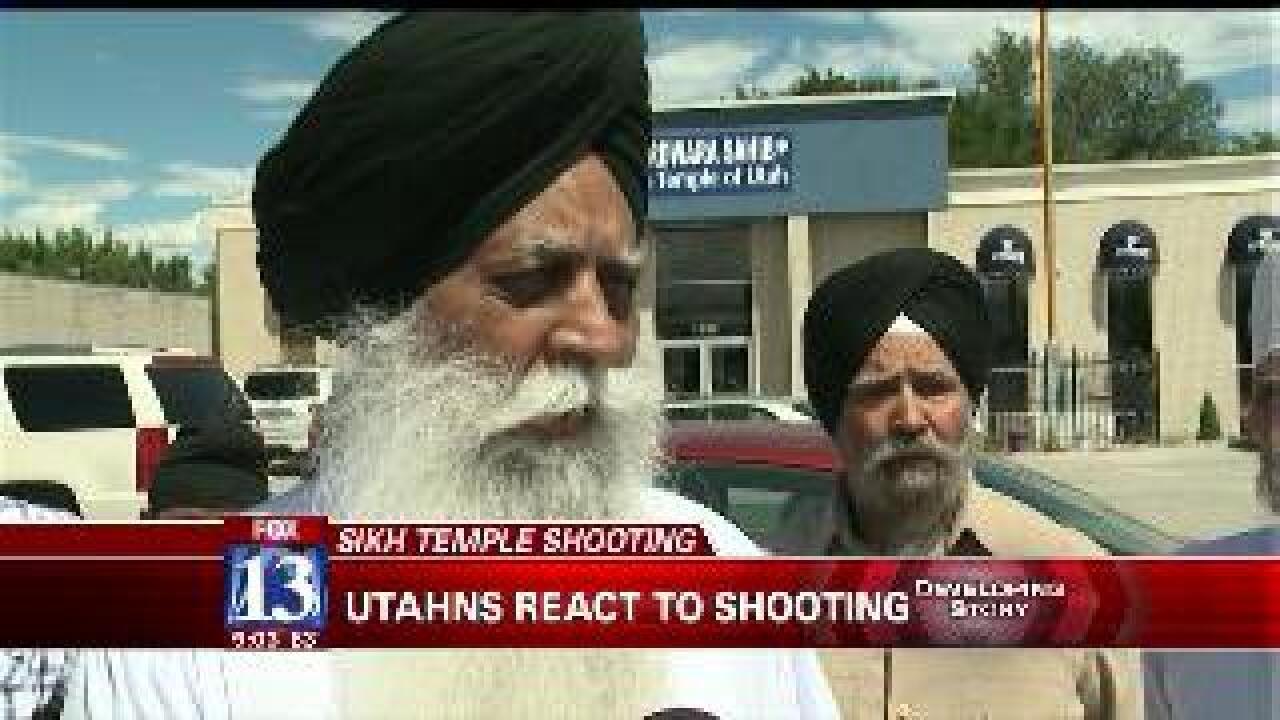 TAYLORSVILLE, Utah - Sikhs in Utah say they're shocked and saddened by a shooting that killed six people worshiping inside a Sikh temple in Wisconsin on Sunday.

In what investigators are calling an act of domestic terrorism, a gunman entered a Sikh temple in Oak Creek, Wis., a suburb of Milwaukee, and opened fire, killing six people before being shot and killed by a police officer.

Gurumeet Singh, the priest at a Sikh temple in Taylorsville, says he lost friends in the shooting.

"He believes that it was the saddest thing he has ever seen, that he had family friends who were part of the congregation there, who are priests like him, people performing religious hymns, they were shot and killed," Singh said via translator.

About 250 people were at the Sikh temple in Taylorsville Sunday when an announcement was made about the shooting. Many were surprised and saddened by the incident.

"It's so wrong, we're shocked, it should've never happened, it's not about being Muslim, Christian, Sikh or Buddhist, it's about humanity. Why would someone do that just because they think they should? Go into a congregation and just shoot people? That's not humane," said Pritpal Tib.

Several of the Sikhs who spoke to FOX 13 say they're treated well in Salt Lake City, but hate elsewhere isn't unusual. They're often mistaken as Muslims because of their Middle Eastern appearance, their turbans and their long beards.

The Sikh religion originated in northern India in the early 1500s. Most of the world's 25 million Sikhs live in India, but there are about 700,000 living in the United States, according to the Sikh American Legal Defense and Education Fund. Sikhism is a monotheistic faith that believes in equality and service to others, Sikh officials say.