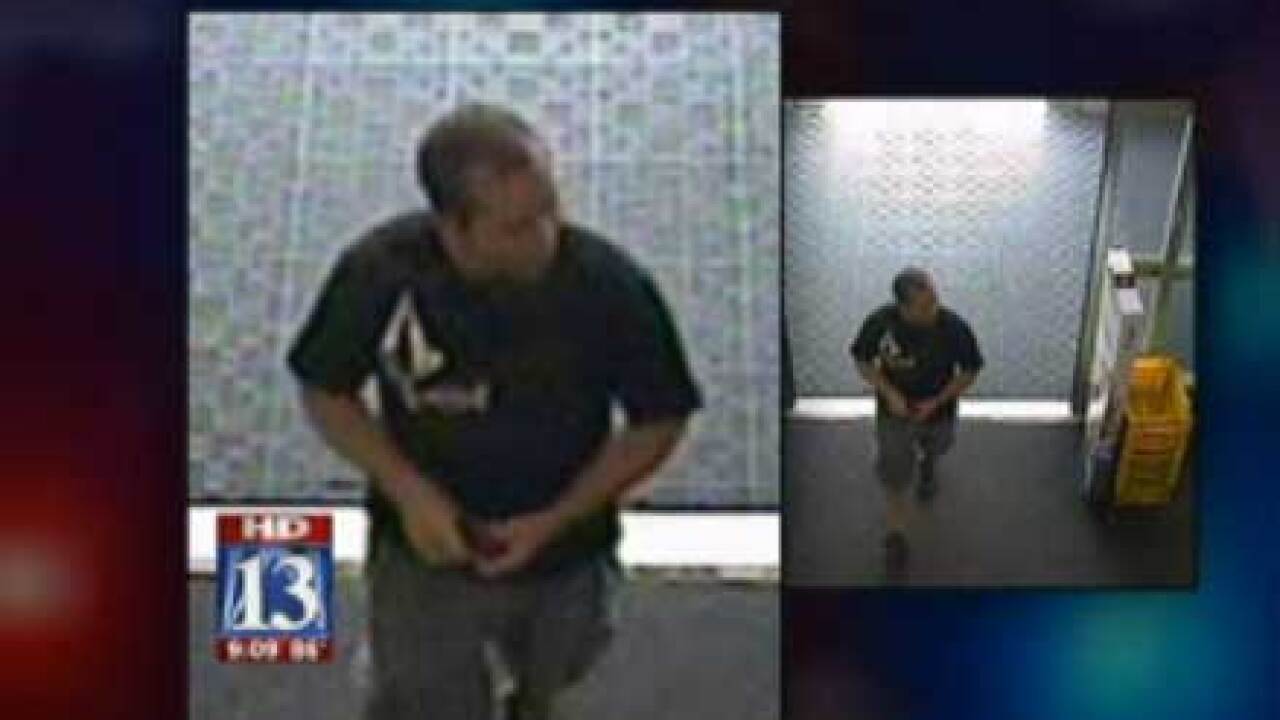 OREM, Utah — Police are looking for a suspect accused of taking his cell phone and placing it under women’s skirts to shoot photos.

One of the alleged victims says she was in the Best Buy at University Parkway in Orem when she caught the suspect in the act. She says she felt the phone brush up against her leg and heard a clicking sound of a picture being taken.

“She was pretty disturbed that day,” says Orem Police Sgt. Craig Martinez. “She was just shopping with her mother and by the time we got down there, the guy was gone.”

“Chances are he’s done it before and he’ll continue to do it,” said Martinez. “He could have been doing it all day and not been caught a lot of people would not know.”

Orem Police hope the Best Buy surveillance video can aid them in their investigation with someone recognizing the suspect. The above photo is a screen capture from the video.