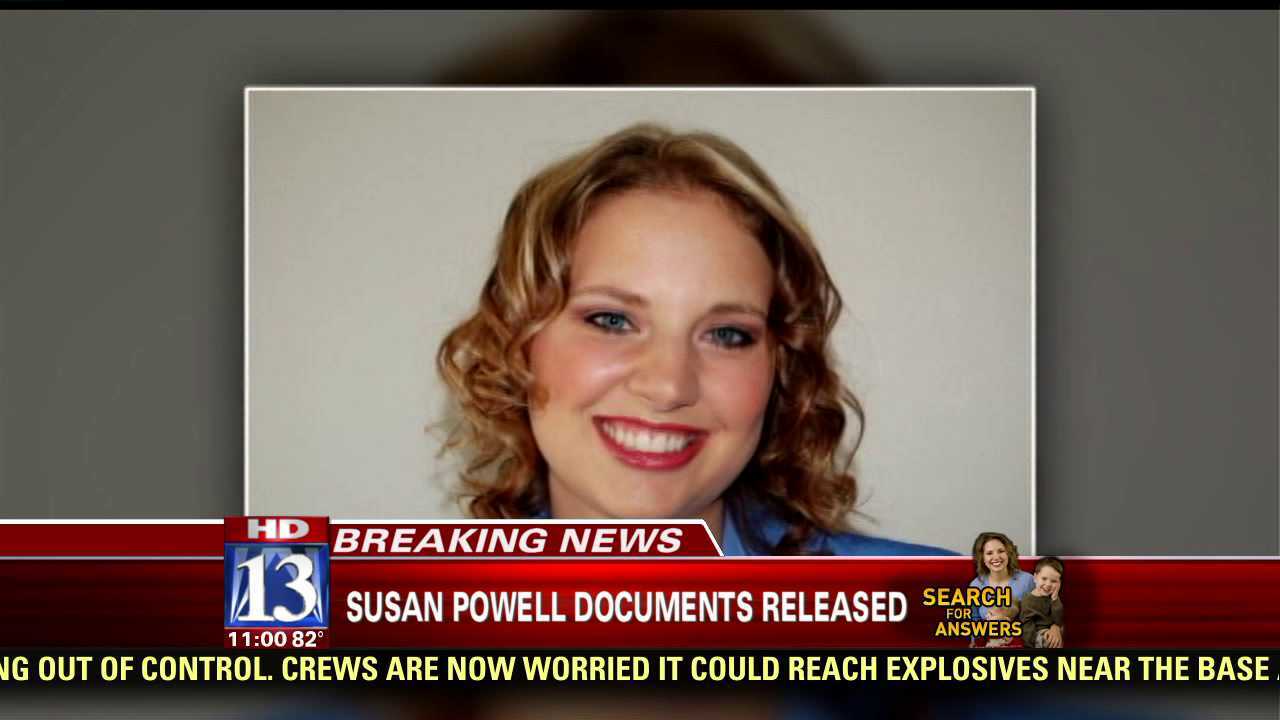 Authorities in Utah have released dozens of documents from their investigation in the disappearance of Utah mom Susan Cox Powell.

There are 84 separate documents, many of the previously sealed search warrants. Most of the information has already been made public, but just in pieces here and there, over the last two and a half years. The documents have also been redacted or blacked out in many places.

What the documents reveal is a picture of what West Valley Police were up against from the beginning of the case. Susan Cox Powell, who had no history of running away, suddenly vanished leaving two young sons behind.

The search warrants also confirmed that Josh Powell and Susan had an extremely rocky marriage and that she had finally made the decision to leave him.

There is also confirmation of a letter, left for law enforcement by Susan in a bank safe deposit box in the event anything happened to her.

The newly released documents do not reveal the content of that letter, described as Susan Cox Powell's last will.

The documents also reveal that the oldest Powell child told investigators that Susan did go on the infamous camping trip, but he told detectives her mother decided to stay at the campsite.

Related stories on the search for Susan Cox Powell.