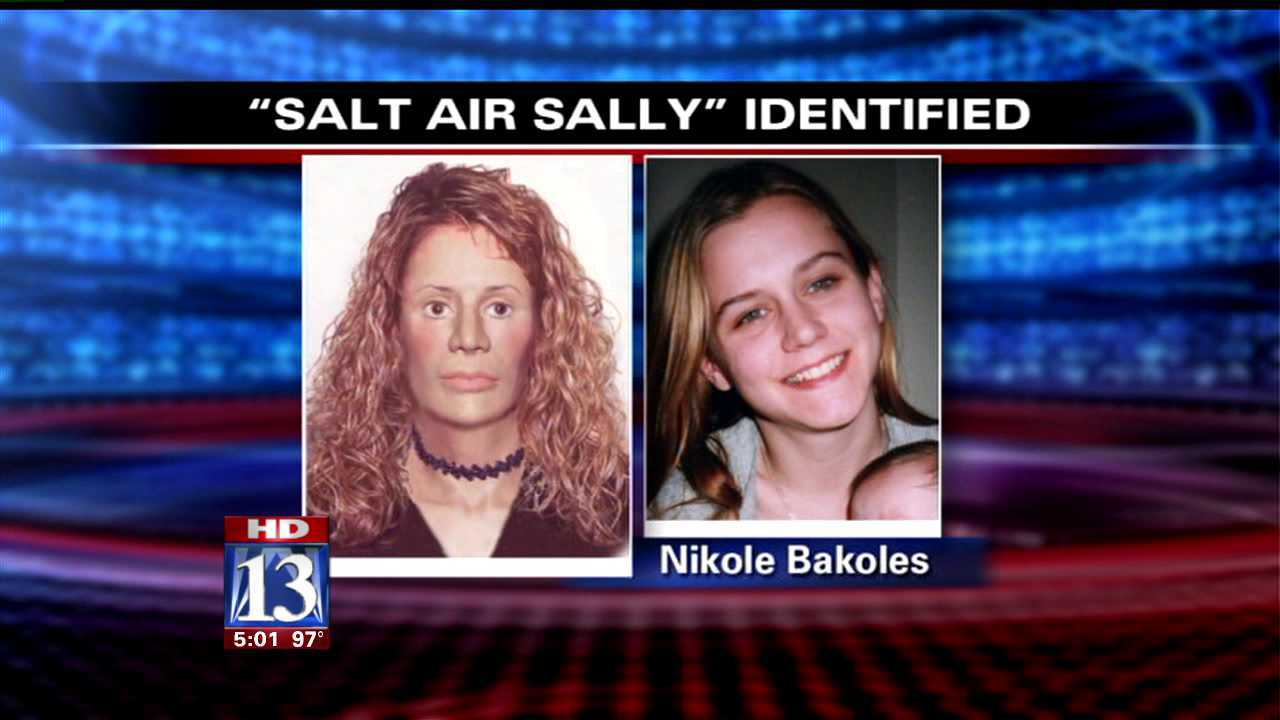 SALT LAKE CITY -- For more than a decade, she was a skull without a face and then a face without a name.

"We began to affectionately refer to her as 'Saltair Sally' simply because we did not have any other identifiers," Salt Lake County Sheriff Jim Winder said Tuesday.

Now, 12 years after her bones were found by hunters near the Great Salt Lake, Unified Police have positively identified "Saltair Sally" as missing 20-year-old Nikole Bakoles. New DNA technology led to them isolating the bones out of the thousands of missing persons in America. Isotopes found in her hair pointed them to the Pacific Northwest.

Bakoles, who is from Washington state, was reported missing to Midvale police in 2003 -- three years after the bones were found. Her mother recently gave Unified Police a DNA sample and it matched.

Bakoles lived in the community off and on for about three years, according to police.

"She went missing we believe in March 2000, shortly after giving birth to her child," Winder said. "We believe the circumstances after the birth of that child may have led to her disappearance."

Detectives on Tuesday acknowledged they do not know exactly how Bakoles was killed, but believed she had been murdered.

"There's circumstances in the way we found the bones that leads us to believe it's a homicide," said Unified Police detective Todd Park.

Police are now launching a homicide investigation, trying to piece together the pieces of Bakoles' life. She had lost custody of her daughter, then disappeared. Her family had lost contact with her and tried on their own to locate her.

"I'm trying to put together what her last days were," Park said. "Where she was at, who she was with and things like that."

Detectives recently questioned her then-boyfriend Joel Chaudoin, who is currently incarcerated in a Washington state prison on unrelated property crimes. The Salt Lake County sheriff cautioned no one has been singled out as a suspect in Bakoles' murder.

"At this point in time, everyone is a suspect," Winder said.