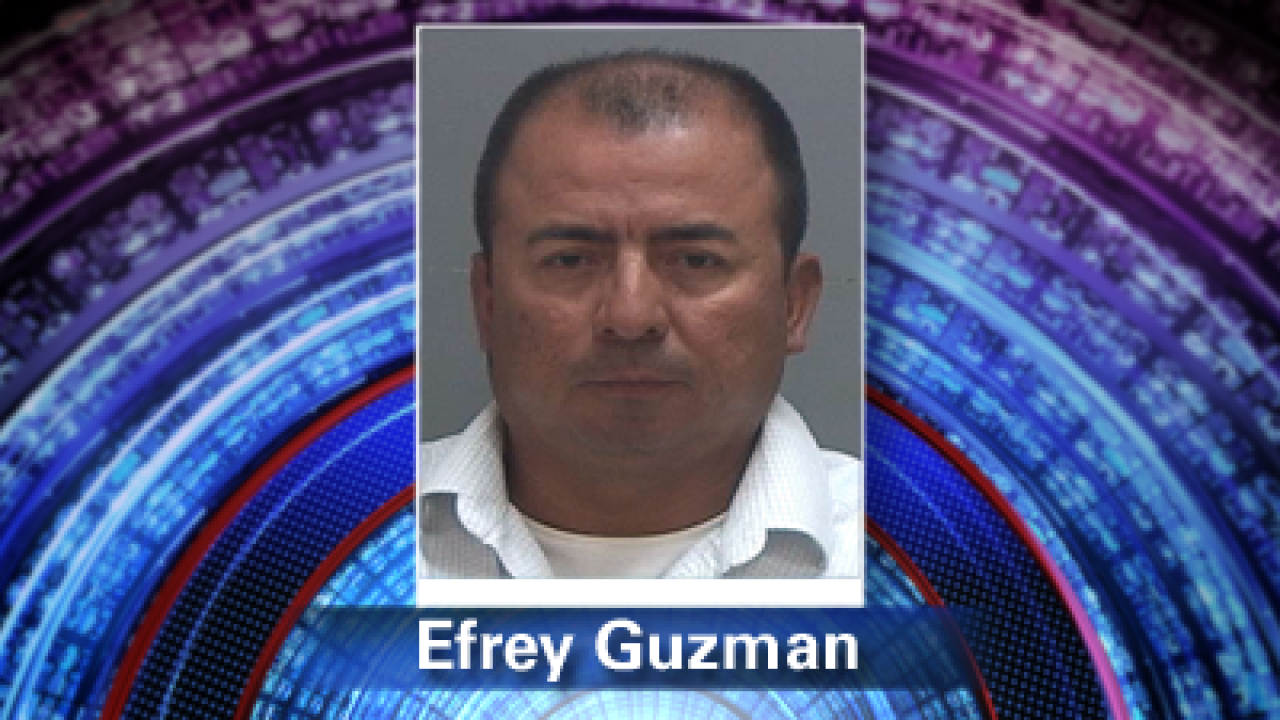 SALT LAKE CITY, Utah - A Sandy man is charged for allegedly groping a 13-year-old girl, biting the penis of her older brother and assaulting her mother.

The suspect, 46-year-old Efrey Antonio Guzman, is an LDS branch president for a Spanish-speaking ward in Salt Lake County.

According to a probable cause statement, the girl told police that she and her brother were home alone on May 8 when Guzman knocked on the door, discovered that her 20-year-old brother was in the shower, then suddenly grabbed the girl, hugged her tightly then started kissing her and grabbed her buttocks. When the girl's brother entered the room, Guzman left.

The girl told police that on Aug. 2, she saw Guzman driving around near her home, located near 4500 South and Gordon Lane (345 East). She went inside and told her mother that Guzman was outside. The girl's mother called for help.

Police say the mother told them that on the same day, Guzman knocked on the door, asked about the girl and if he could talk to her. The girl's mother told Guzman "no" and that he needed to leave. She said that Guzman pushed his way into the house and began to assault her, according to police. She called for help and attempted to fight him off. She says Guzman ripped her shirt, exposing her breast, then grabbed her exposed breast.

The older brother told police that he heard his mother call for help then entered the room, saw Guzman assaulting his mother and attempted to pull Guzman off. During the struggle, Guzman grabbed the brother's penis from his boxer shorts and bit it, causing severe damage that required surgery, according to the probable cause statement.

Guzman's relationship with the alleged victims is unknown. Charging documents say Guzman is a "family friend" but the 13-year-old girl claims he has been stalking her for some time.

Guzman is in the Salt Lake County Jail on $300,000 bail. His first court appearance is set for Friday.

The Church of Jesus Christ of Latter-day Saints released a statement Wednesday, saying, "The Church has zero tolerance for abuse of any kind. Mr. Guzman has been released from his Church duties effective immediately and faces further Church discipline following the legal process."