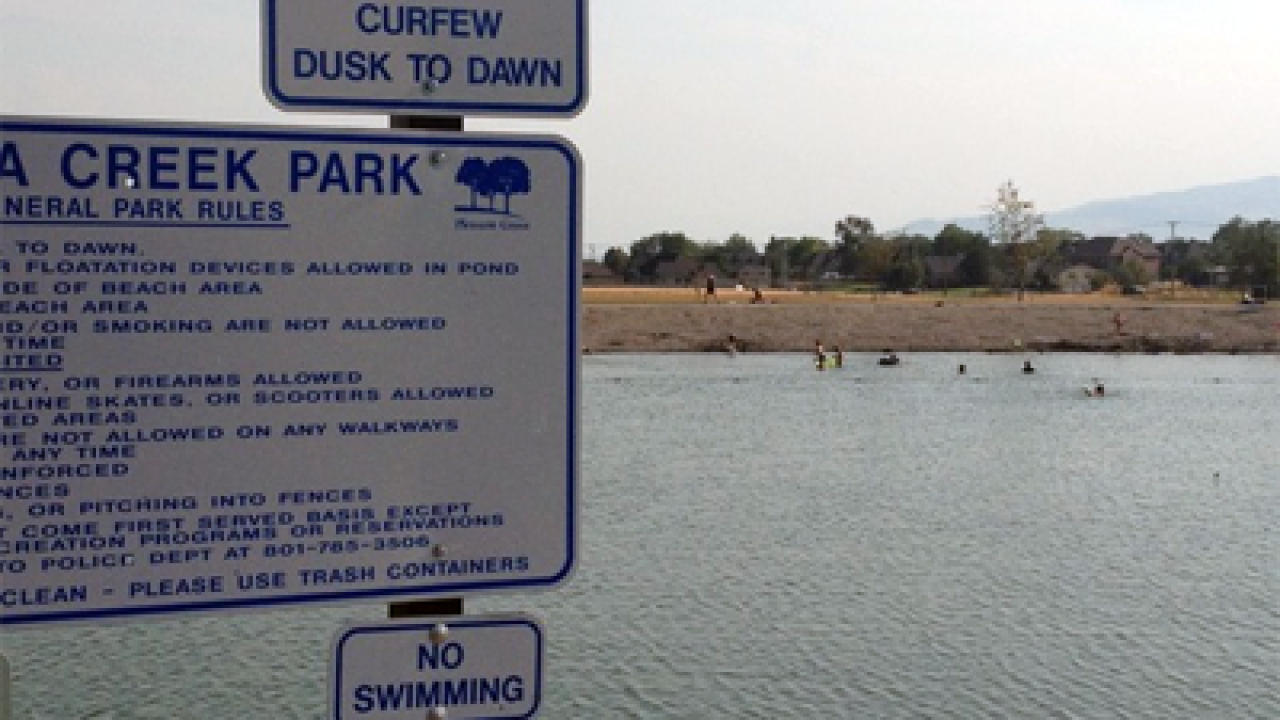 According to Pleasant Grove Police Chief Mike Smith, initial reports say that the girl had been swimming in Manila Creek Pond, located near 900 West and 4000 North in Pleasant Grove, in an area that was three or four feet deep.

She was found by her mother floating face-down in the water at around 3 p.m. When the girl was pulled from the pond, she was blue and not breathing.

Paramedics worked to revive her at the scene before sending her to the hospital where she was declared dead.

Police say there's no reason to suspect negligence in the drowning.

"I believe parental supervision was very good. The mother was right there. She was the first one to find her but it was very crowded there today," said Lt. Britt Smith, Pleasant Grove Police Dept. "If someone is laying face down in the water that's not necessarily a sign there's trouble, they could be just playing. I think a lot of kids thought she was playing. The fact that she was still went unnoticed."

Investigators are still working to figure out what caused the girl to become unconscious.