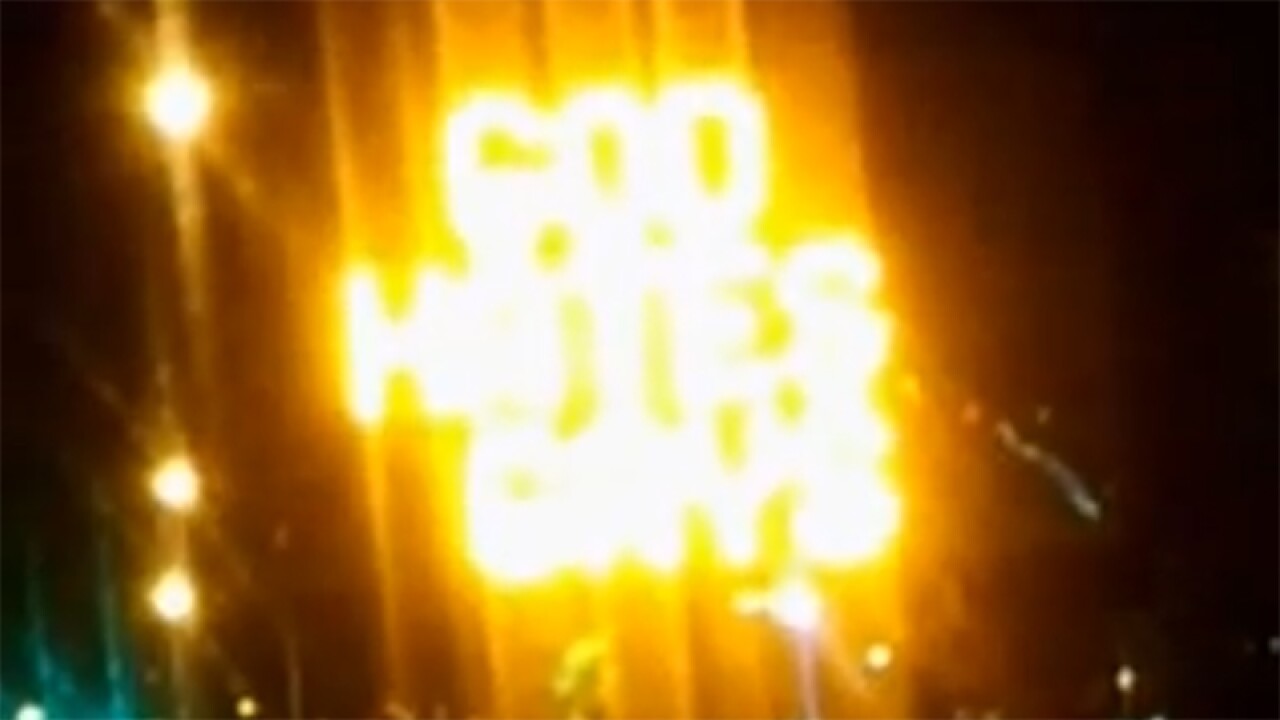 The video, which is posted on YouTube.com, shows the sign alternating between two messages in capital letters: "FOLLOW DETOUR" and "GOD HATES GAYS."

The video was taken Wednesday night on University Avenue near the Provo Towne Center, an area with a lot of road work going on, but road crews don't appear to be in the area at the time of the video.

UDOT says that someone was able to hack into the controls of the sign, changing its message.

"Unfortunately this sign was left unsecure, so someone in the middle of the night improperly accessed the sign," said Leigh Dethman, I-15 CORE Project spokesperson. "Each individual message board has a little computer inside that you just go in and type the message. This board wasn't locked on the outside and it wasn't password protected either. It was very insecure and someone was able to access it."

UDOT says they're investigating the issue and taking steps to prevent it from happening again.

"UDOT has mandated that our contractors go and check every single message board on the I-15 CORE Project to make sure they are secure and nothing like this ever happens again," said Dethman. "These signs are extremely important to educate the public about traffic. So if something up there is distracting and inappropriate it could impact safety."

Provo city officials and residents say they're uncomfortable with the message.

"This is an unfortunate example of someone with a problem who doesn't represent the minds and hearts of the residents of Provo," said Provo City Mayor John Curtis in a statement released Thursday.

UDOT says the message began flashing sometime after 10 p.m. Tuesday. It was removed by 5 a.m. on Wednesday.