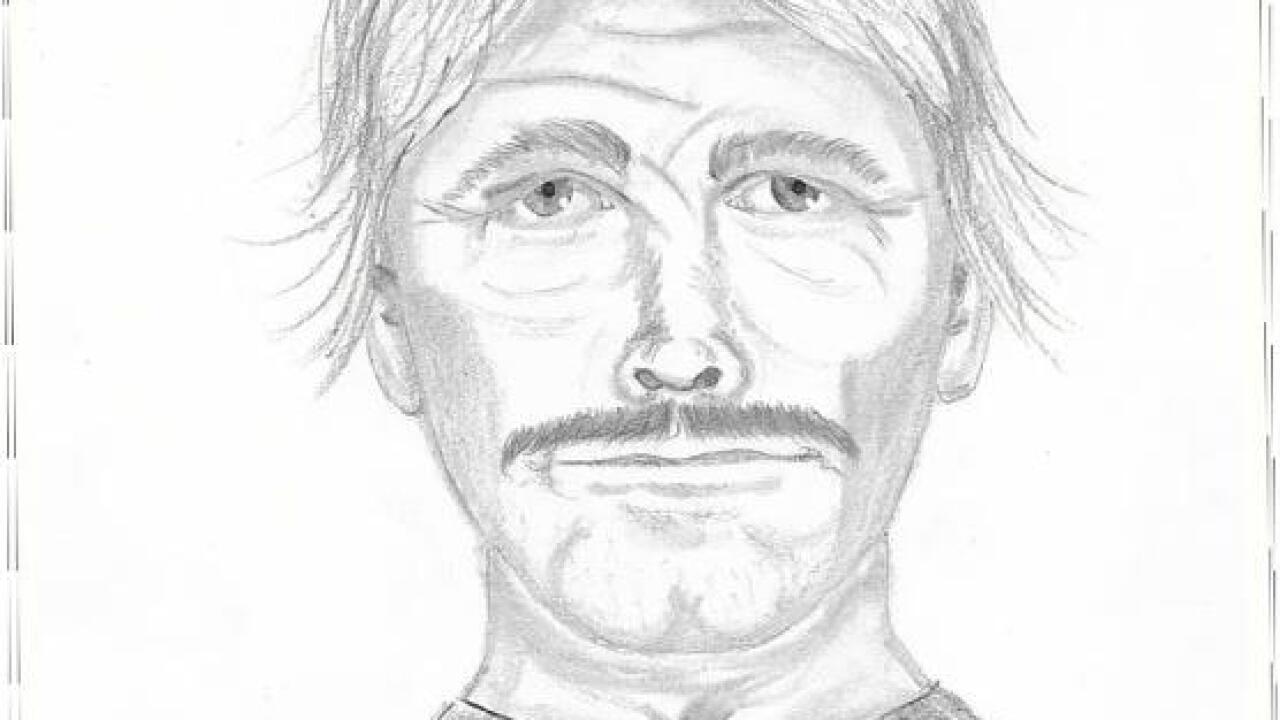 OREM, Utah – Orem Police have released a sketch of the suspect who raped a woman outside a local movie theater in July.

The incident occurred on Sunday, July 22, at around 9:45 p.m. at the Cinemark movie theater at University Mall in Orem.

Police say a main approached the victim in the parking lot, asking for help with his truck. As she was holding a flashlight for him, police say he threw her head into the side of the truck, then raped her.

The man is described as a white male in his 30s, about 6 feet tall and 165 pounds. His hair is described as being blond and shaggy, with it lighter on the top than on the sides. He has a mustache and eyebrows that are also a very light blond color. The back of the suspect’s hands were very tan and almost leathery in appearance.

He was wearing a black shirt with an orange and yellow design, tight Wrangler jeans and black cowboy boots.

The suspect was driving a dark-colored 2000 or newer full-sized truck with either an extra cab or quad cab. The exterior of the vehicle was clean any shiny, but the interior was dirty and smelled “musty.” The access door to the gas cap was chrome.