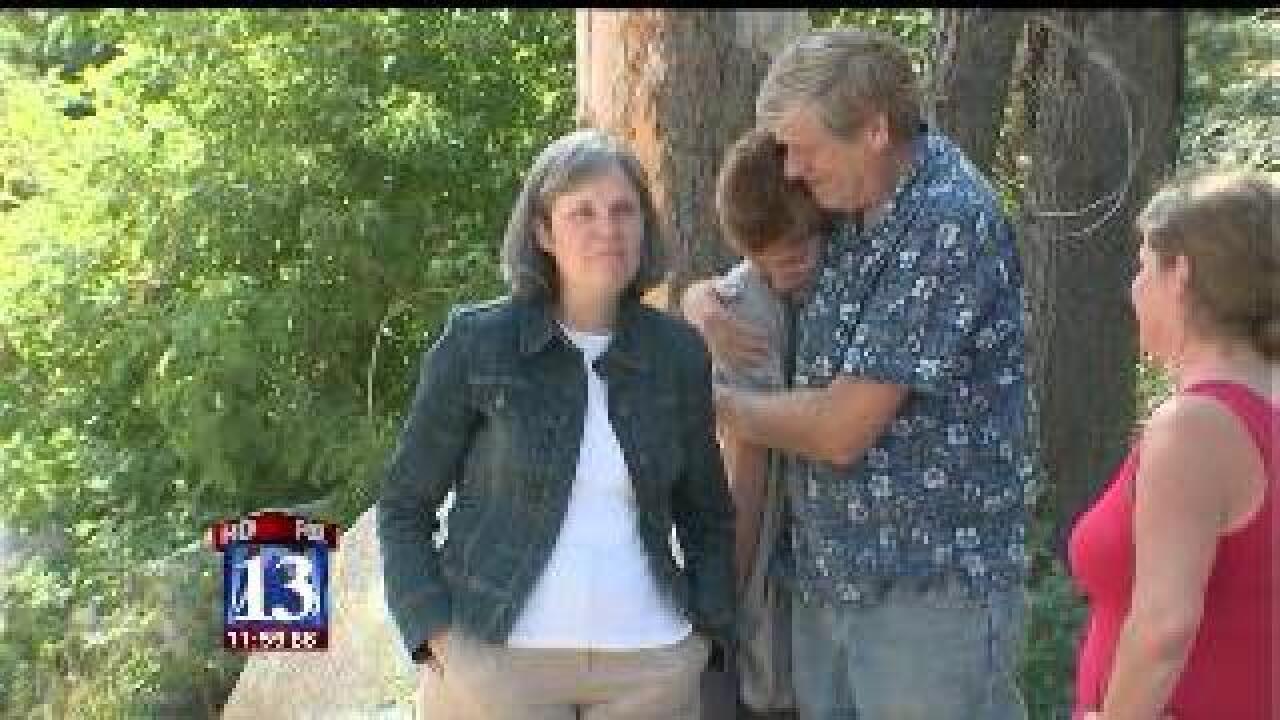 Two teenage boys spent the night on a cliff in Little Cottonwood Canyon after getting stranded Wednesday during a hike.

It started about 7 p.m. when Unified Police got a call about the two hikes, ages 16 and 17, stranded in Colepit Gulch. The boys had started hiking about 3 p.m. Wednesday.

At about 8 a.m. Thursday, rescuers reached the stranded boys and had started to pull them to safety.

"Right now we are hooking onto the second person, hauling them up to a safe location and we should probably have them off within a couple of hours," said Sgt. Travis Skinner, Unified Police Department.

By noon, both boys were safely off the mountain and had reunited with their families.

"All of today, last night, yesterday, it's just been kinda nuts... scary honestly," one of the rescued teens said.

Amanda Goodwin, one of the hiker's mom, said the boys were not well prepared for the hike.

"Not even water, I'm going to kill him," Goodwin joked. "They didn't tell anyone where they were going."

Goodwin was waiting for her son to reach the bottom of the mountain and said as far as she knew, he was in good condition.

According to police, the boys lost their way and got stuck on a ledge. They used their cell phone to talk to police, but the battery died during the night.

About 14 rescuers were called out and late Wednesday night they found the teens. But the rescue proved to be more difficult that anticipated.

"They got into an area that's too technical to free climb and couldn't go up and couldn't go down," said Lt. Steve Shreeve, Unified Police Department. "Now search and rescue is there with proper equipment to get them down."

Police say the boys are not hurt and rescuers spent the night on the mountain as well.

The teens' names have not been released.

One of the boy's mother says that her son grew up in these mountains, hiking many of the trails. But she calls her sons actions reckless saying it was closer to climbing than hiking.