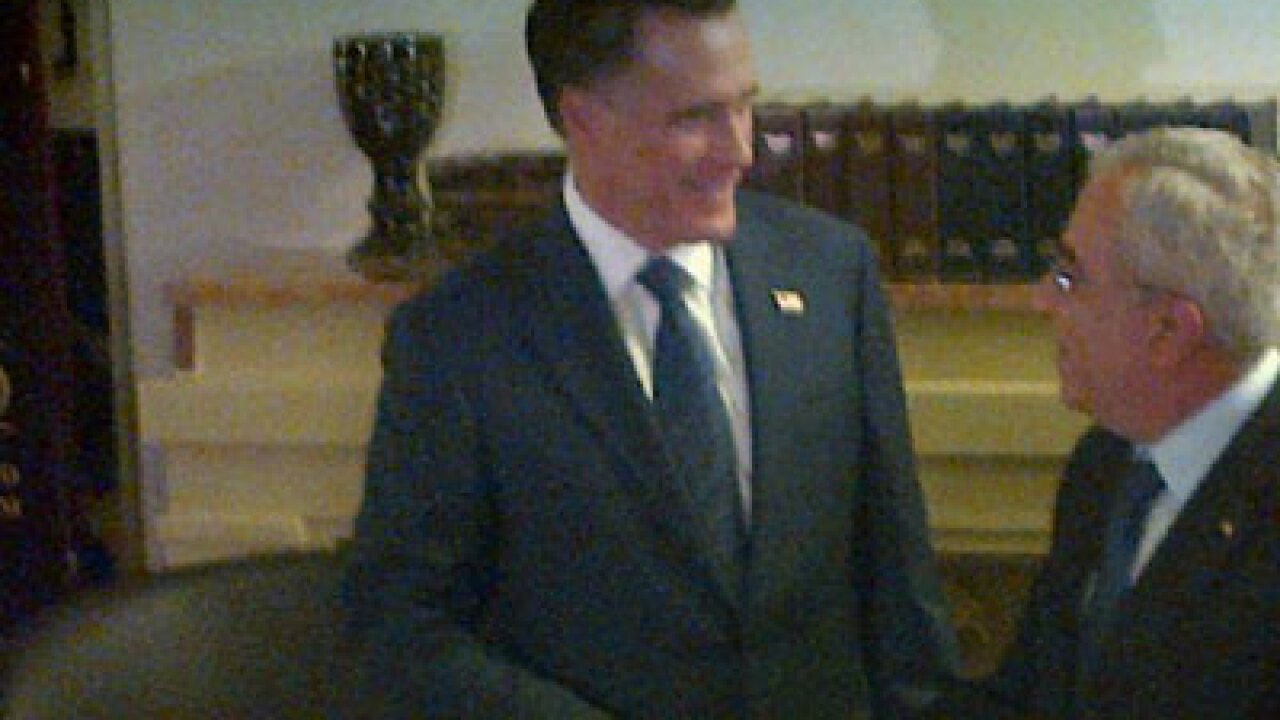 WASHINGTON (CNN) — Like a lion trained on its prey, conservatives are tracking certain Republican nominee Mitt Romney for any gaffe, policy shift or other signal that shows he is really the moderate they fear instead of the right-wing ideologue they want.

The continuing distrust of Romney by some on the political right will be one of the most interesting dynamics at the upcoming Republican National Convention that will formally anoint the former Massachusetts governor as President Barack Obama’s challenger in November.

Conservative angst over Romney skyrocketed Wednesday when his campaign press secretary highlighted the health care law Romney championed in Massachusetts, which served as a model for Obama’s national reforms that are detested by the political right.

Influential talk show host Rush Limbaugh blasted the remark by chief Romney spokeswoman Andrea Saul as a “potential gold mine” for Obama supporters, while conservative commentator Erick Erickson wrote on his RedState.com website that Romney was like a puppy that needs to be house-trained.

“Romney needs to know not to go there,” wrote Erickson, who is a CNN contributor. “The reaction should come quickly and be vocal or the Romney campaign, which is not conservative, will take it as a tacit admission from conservatives that it is safe to let their hair down on these issues.”

For Republicans, the question comes down to whether traditional conservative voters — the GOP base — dislike Obama enough to overlook their apprehension that Romney is not as far to the right as they would like.

“Conservatives still have doubts about Romney,” said Darrell West, vice president and director of governance studies at the Brookings Institution. “They continue to worry that he’s not conservative enough, and that even when he says conservative things, he doesn’t really mean them.”

West told CNN on Thursday that the continuing doubts are a problem for Romney in what will be a close race.

“He really needs a strong turnout from the base and if he doesn’t get that, he loses,” West said, adding that Romney “can’t just rely on anti-Obama sentiment — he has to provide a reason for conservative to vote for him.”

Romney tried to burnish his conservative credentials during the grueling primary campaign, insisting that he had shifted to the right from past moderate positions on hot-button issues such as abortion and health care.

For example, he argues that the Massachusetts health care law — which included a mandate for people to have health insurance, just like the federal provision most vehemently opposed by conservatives — was designed for the state’s specific needs, rather than a federal approach.

Romney has repeatedly pledged to grant waivers for all 50 states to opt out of Obamacare provisions on his first day in office, and to work for a full repeal of the federal law that passed Congress with no Republican support.

However, Saul spoke positively of Romney’s Massachusetts law when responding Wednesday to an attack ad by a pro-Obama super-PAC that sought to link Romney to the circumstances of a laid-off steelworker whose wife died five years after he lost his health insurance.

“If people had been in Massachusetts, under Gov. Romney’s health care plan, they would have had health care,” Saul said on Fox News. “There are a lot of people losing their jobs and losing their health care in President Obama’s economy.”

“OMG. This might just be the moment Mitt Romney lost the election. Wow.”

In his blog post, Erickson wrote that conservative support for Romney was not secure.

If that truce gets shaken, Erickson continued, “there are some in the center-right coalition who lean toward the libertarian end of the spectrum who will just sit it out.”

“There are independents who will sit it out,” he added. “They need to know Romney has seen the error of his ways and is not — as so many of the candidates in the primary season said he was — not very different from the man he is trying to beat.”

Christopher Arps, co-founder of Move-On-Up.org, an African-American conservative group based in St. Louis, Missouri, called Saul’s comment “unfortunate” because “it gives Obama cover during the debates when the health care issue does come up.”

“As it relates to conservatives, the primary is over and Mitt Romney is our nominee whether we like it or not, and some of us don’t,” Arps said, adding that the Romney campaign needs to “hammer home” the economic message to exploit Obama’s biggest vulnerability.

The upcoming announcement of a running mate provides Romney with the chance to show conservatives he is committed to their principles, Arps said.

Recent polling reflects some questions about Romney among Republican voters.

That compares to 61% of Democratic voters who feel strongly favorable toward Obama, with 84% having an overall positive impression.

By coincidence or on purpose, the Romney campaign on Thursday released a new television ad that veered away from the candidate’s consistent attacks on Obama’s economic record to take on what it referred to as the administration’s “war on religion.”

West said the new ad was intended to shore up support from the GOP conservative base and others, such as Catholics concerned about the rule in the health care law that requires employers — including religiously affiliated organizations like hospitals and colleges, but not churches — to provide free access to contraception to employees through health insurance plans.

“That ad helps deflect attention from (Saul’s health care comments) and moves the campaign back into attack mode against the president,” he said. “They feel the religion issue helps them both with their base and with undecided voters.”

However, West noted, the Republican voting base “should be galvanized by now, but it’s not.”

“There continue to be conservative shots against Romney and they continue to doubt his sincerity on a number of different issues,” he said. “So it shows the challenges he faces within his own party.”