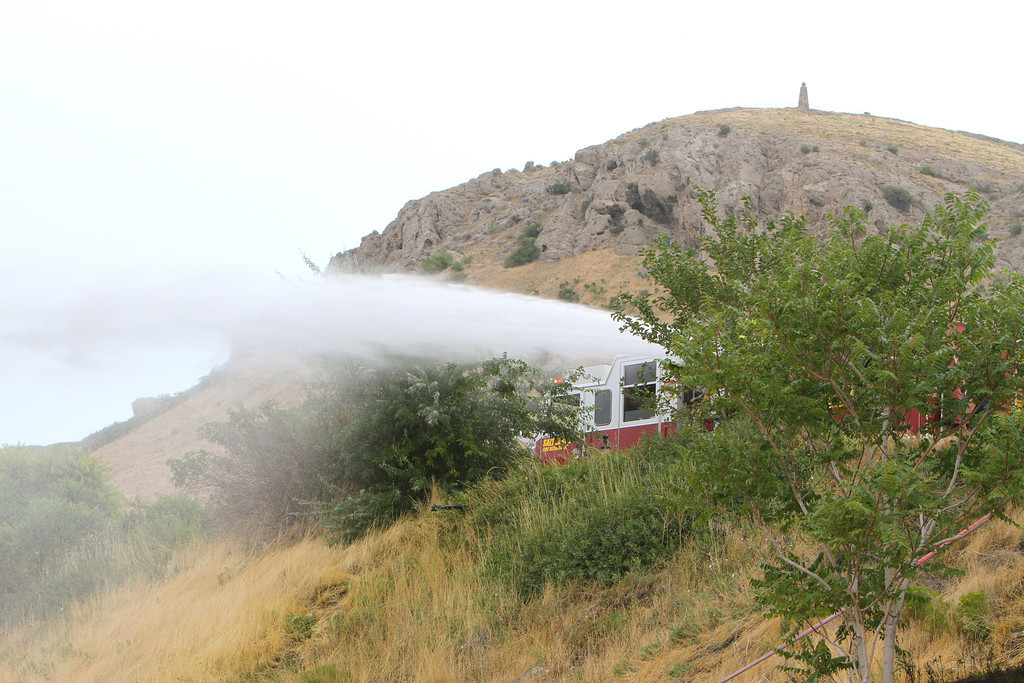 Jasen Asay with the Salt Lake City Fire Dept. says a 33-year-old woman was driving her vehicle on Churchill Drive near Ensign Peak in Salt Lake City at around 7:30 a.m. when her vehicle drove off the roadway onto a scenic overlook.

The vehicle traveled about 400 feet downhill and across Sandhurst Drive, then came to rest and caught fire.

Five construction workers nearby saw the accident, rushed to the scene and, using their hammers, pried open the car’s door and pulled the woman from the burning vehicle before calling emergency officials.

“They used their hammers, any tools that they had to pry open the door and to pull the women out of the vehicle,” said Asay. “The five construction workers are the heroes this morning.”

The woman went in and out of consciousness as firefighters and paramedics rendered aid, but was conscious when she was taken to a local hospital. She suffered a seat belt burn on her shoulder and singed hair.

The burning vehicle also sparked a small brush fire that firefighters were able to extinguish.