Police were called out to Docs Flat Campground, located about two miles south of Mantua, after campers first found the body. Police arrived at the scene to also discover Atkinson's blue Toyota Scion.

Police could not confirm the identity of the body.

They have since sectioned off a large portion of the campground while search and rescue crew members removed the body, according to Weber County Sheriff's deputies.

Atkinson was last seen July 17 dropping off her child at a family member's home before driving off in her car.

Atkinson is described as 5 feet, 9 inches tall, weighing about 220 pounds, with ash blond hair. Her family says she walks with a limp.

Atkinson's family was notified of the recent discoveries. 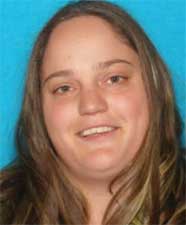