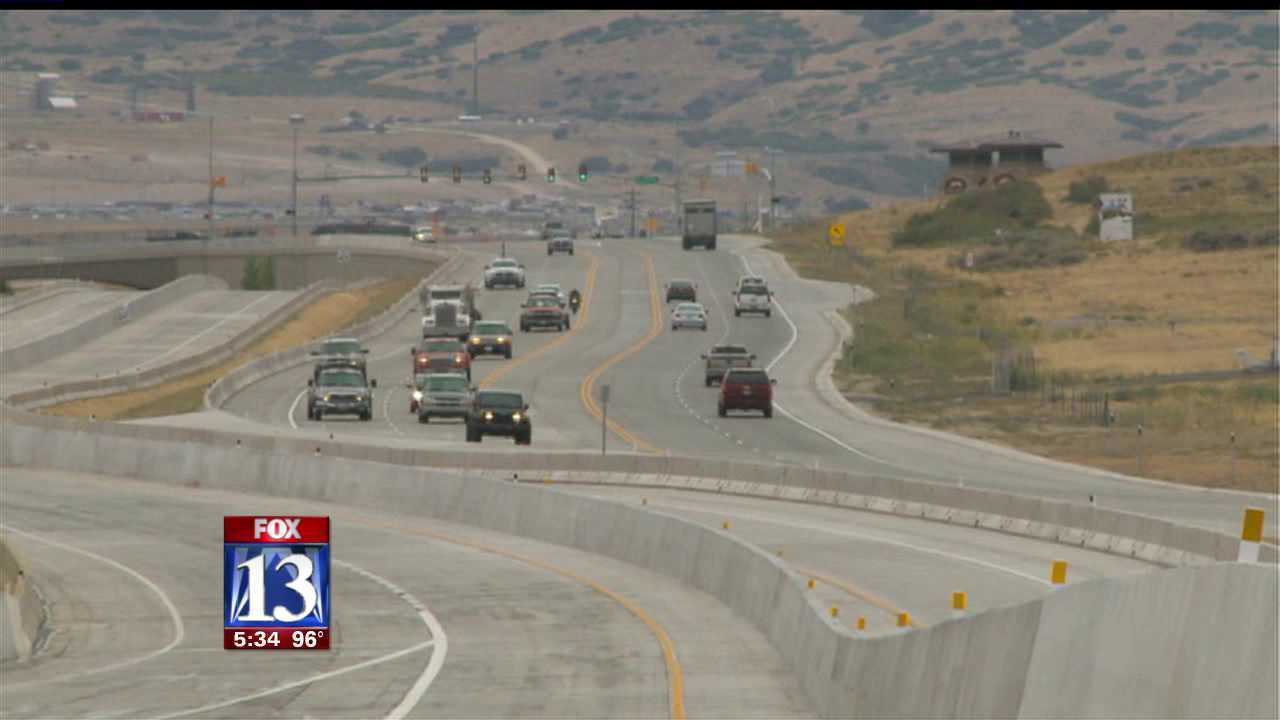 LEHI -- A big milestone in a major Utah County road project. After three years of construction, the $170 million Timpanogos Highway project is wrapping up.

Orange barrels will be lifted on Saturday on a first-of-its-kind in Utah project -- commuter lanes. The lanes basically allow drivers to go from the I-15 interchange all the way to Alpine, bypassing traffic lights along the main corridor of the highway.

"The benefit of the commuter lane is really they're open to everyone. There's no passenger limit. There's no tolls. No express pass that's needed," said UDOT spokeswoman Heather Barnum. "It's open to truck traffic. So anyone can use this that wants a faster, less hassle connection to I-15."

UDOT estimates about 10,000 vehicles a day will use the new commuter lane along the Timpanogos Highway. The entire project has been built in anticipation of massive growth in the northern end of Utah County. The road will exceed capacity by 2030.

The Timpanogos Highway project is opening about 10 months behind schedule. The contractor was fined about $4.4 million for quality control problems that led to the delays.

"Unfortunately, we did encounter some delays on the project due to some quality issues that needed to be reworked," Barnum said. "But we're excited to be opening these lanes for the commuters to experience the benefits of this project."

Road construction will still be ongoing, but only at night, UDOT said, as the project is completed in the coming months.