West Bountiful’s new ‘welcome’ thanks to an Eagle Scout 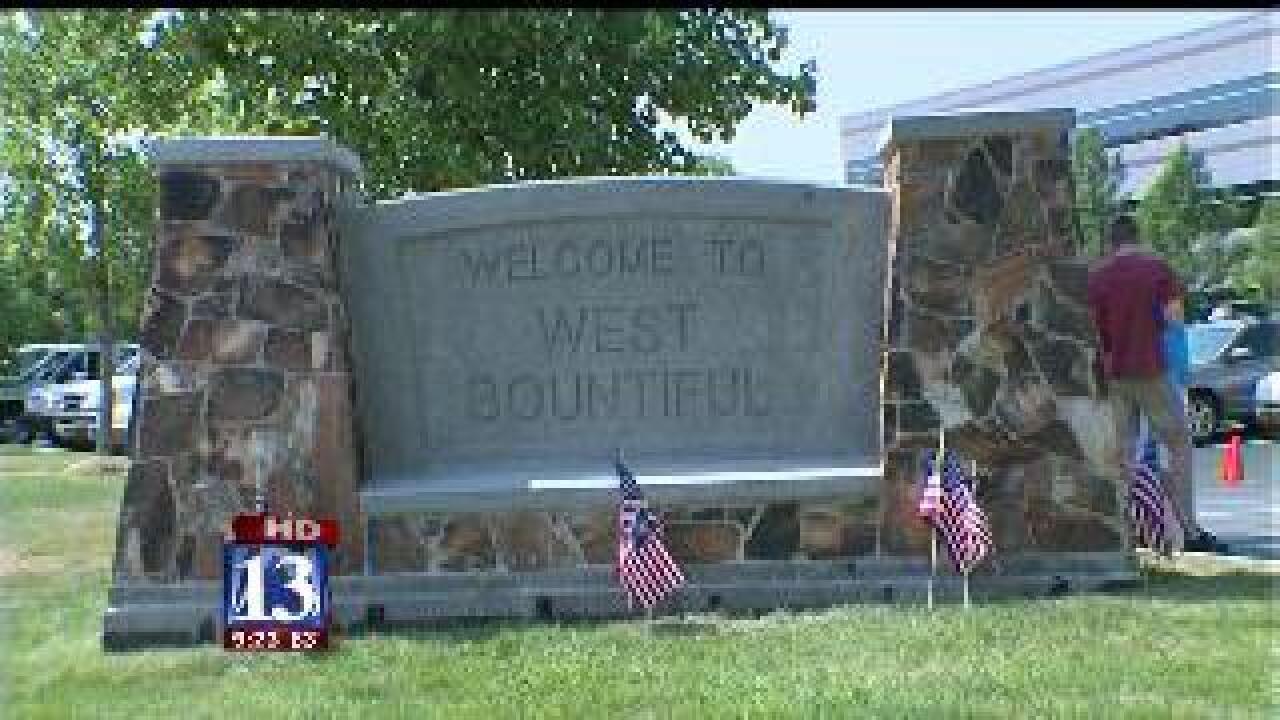 The sign, made of 400 pounds of steel, nine yards of concrete and 3000 pounds of rock, took two years to finish. Tanner says he wanted to make something that will last a long time.

"I wanted something that would always last, and that I'd always be able to look at later on," said Grady. "This project was pretty hard. It was over 200 hours of labor."

Grady came up with a design and met with community leaders in the city to help plan the welcome sign.

"He came up with what he thought it could kinda look like and he created a PowerPoint and took it into the city and met with them a couple times," said Dee Tanner, Grady's mother.

Grady got some help from Bill Earl, a contractor and neighbor of the Tanners, with some of the building supplies. Country Inn and Suites helped sponsor the project. Community members, Grady's father and his troop also helped raise some money.

"We had a salmon bake here in the city to raise money, he sold water at our city's Fourth of July parade and then he's just coordinated all the people it took to get this sign. The contractor, the builders, who have all been so wonderful. People have just been great in donating their time, efforts and energy to help him," said Dee Tanner.