Utah Highway Patrol officials say they received several 911 calls that a white Ford truck was driving erratically and failing to stay in its lane at around 3 a.m. Sunday.

One of those callers followed the truck off the Benjamin exit at milepost 253 then eastbound toward Spanish Fork. When the driver of the truck appeared to have noticed that he was being followed and accelerated to about 80 miles per hour, according to UHP.

The caller reports temporarily losing sight of the truck, then seeing a flash and sparks. The caller saw the truck slide off the left side of the road and knock over a power pole. The truck had gone through a fence and had struck several vehicles near 150 West Arrowhead Trail.

According to UHP, further investigation by officers determined that at one point, the truck launched more than 60 feet through the air when the driver hit a small rise on the shoulder. The truck then traveled through a wooden fence, broke off a power pole, struck and pushed a one-ton IFA truck over 20 feet and then hit another 3/4-ton IFA truck. Both trucks were pushed into a 2-axle flatbed that was displaced about 8 feet. Measurements of skid marks determined that the truck was traveling at at least 45 miles per hour at the time of the crash.

20-year-old Tyler J. Kearl of Santaquint was located and arrested for DUI after being released from a local hospital for injuries sustained in the crash. He reportedly had a blood alcohol content of .172, more than twice the legal limit for adults, nearly four hours after the crash.

Both IFA trucks are likely damaged beyond repair. SR-164 was closed for several hours while power crews fixed the power poles.

The tow operator was unable to separate the trucks without calling for an additional boom truck. 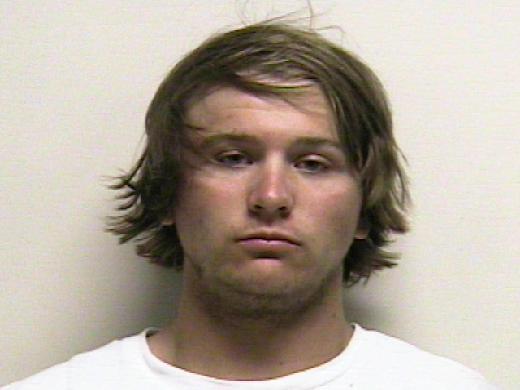