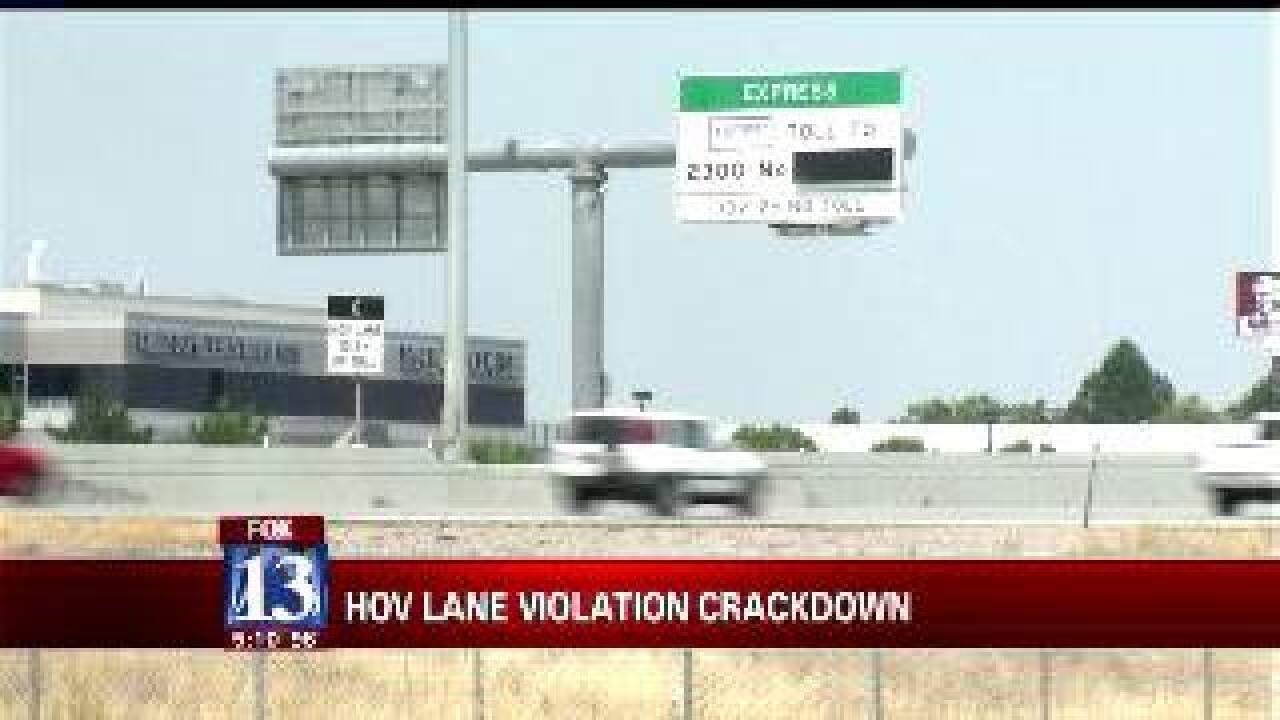 SALT LAKE CITY - Troopers with the Utah Highway Patrol will be out this week cracking down on drivers who illegally enter the HOV lanes.

Motorcyclists, vehicles with at least two people and drivers with express passes are the only ones allowed in the High-Occupancy Vehicle lanes, but UHP says one in six drivers in the express lane shouldn't be there.

HOV lane violations could cost $90 or more. And starting Tuesday, UHP will have more troopers out on the interstate to make sure there aren't any violations.

The Dept. of Public Safety estimates that 17 percent of vehicles in the HOV lane are violating the rules, and that number increases during rush hour.