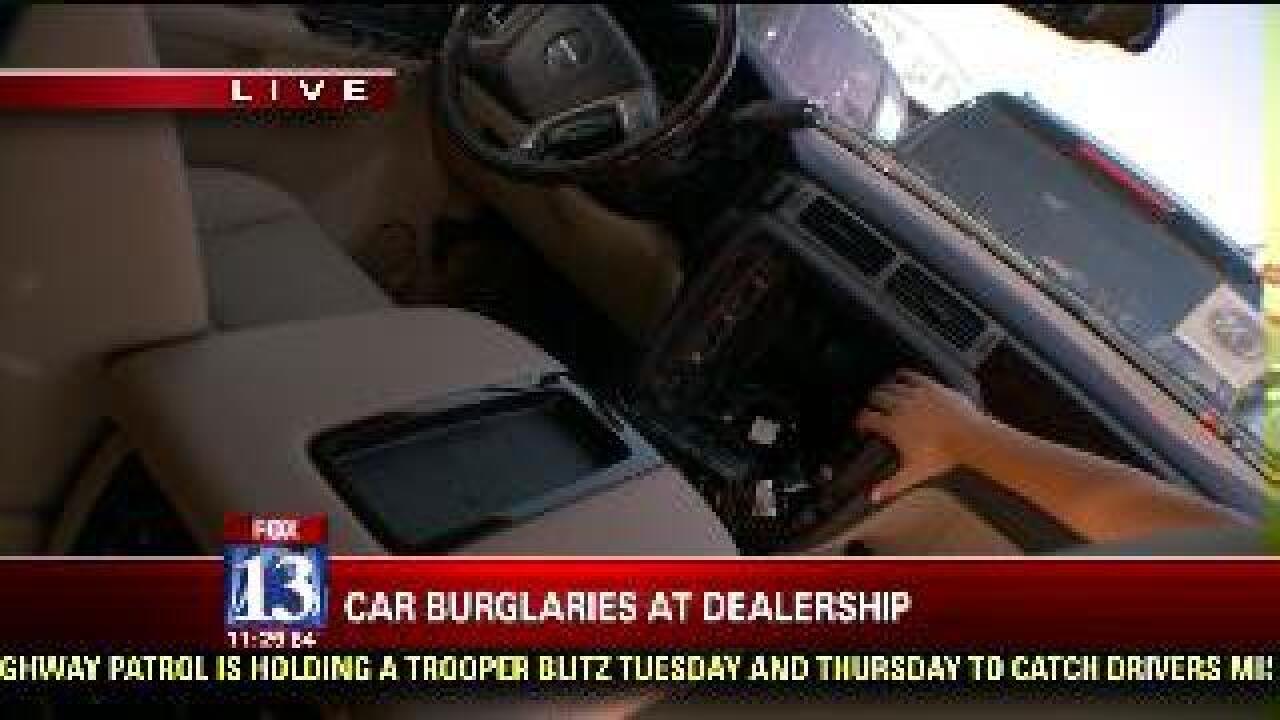 Investigators in South Jordan are looking for whoever broke into a car dealership and caused thousands of dollars in damages.

It happened at Jerry Seiner South Jordan on S. Jordan Gateway. Employees say 42 cars have been broken into.

Police say they are not sure how many people were involved in the burglaries. They are reviewing surveillance video.

The suspects broke many car windows and also stole navigation and stereo units, which are valued around $3,000 each.

The cars can be repaired and were insured, according to the dealership.