SALT LAKE CITY -- Firefighters downtown said an underground explosion caused  a couple of manhole covers to blow off, resulting in a fire beneath the street.

Salt Lake Fire says that the explosion happened at a Rocky Mountain Power electrical vault under the intersection.

At about 3:30 p.m. they say the fire appeared to be out, but as a safeguard fire crew members were kept above ground.

Emergency crews blocked off traffic in the area and set up decontamination as a precaution. They reopened traffic at about 5 p.m. after determining the scene was safe. 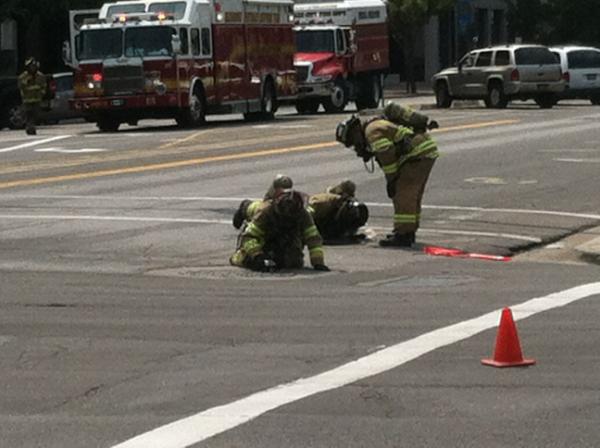