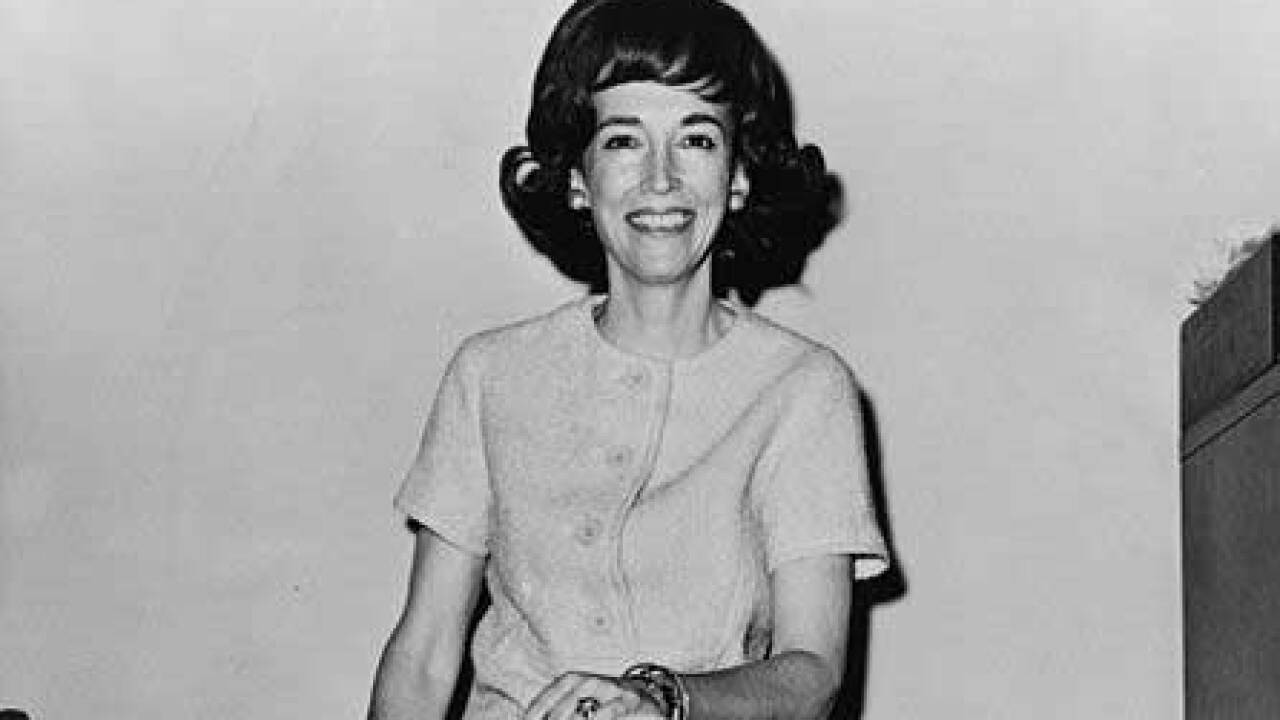 NEW YORK (CNN) — Helen Gurley Brown, who created the idea of a modern woman with her book “Sex and the Single Girl” and was editor in chief of Cosmopolitan magazine for three decades, has died at age 90, the Hearst Corporation said Monday.

“Helen was one of the world’s most recognized magazine editors and book authors, and a true pioneer for women in journalism — and beyond,” Hearst Chief Executive Frank Bennack said.

It was Gurley Brown who invented today’s notion of a modern woman — one who could have both a successful career and an exciting, satisfying sex life, said Bonnie Fuller, the influential magazine editor who took over at Cosmopolitan when Gurley Brown stepped down in 1997.

“Young women today don’t realize the legacy that they owe her,” Fuller said in an interview with CNN.

Gurley Brown’s 1962 book “Sex and the Single Girl” encouraged young women to enjoy being single, find fulfillment in work and non-marital relationships with men, and take pleasure in sex, Hearst said. The book was on the bestseller lists for more than a year and became a movie starring Natalie Wood, Tony Curtis, Lauren Bacall, and Henry Fonda.

When Betty Friedan’s book “The Feminine Mystique” ushered in the modern women’s movement in 1963, the two books and their authors helped lead the growing national dialogue about the place of women in society and popular culture, Hearst said.

Two years after publishing “Sex and the Single Girl,” Gurley Brown followed it up with the 1964 bestseller “Sex and the Office.”

Gurley Brown was born in Arkansas in 1922 to schoolteacher parents and moved with her mother and sister to Los Angeles after her father’s death.

A string of secretarial jobs finally landed Gurley Brown at the advertising agency of Foote, Cone, and Belding, where her “witty notes” so impressed boss Don Belding that he encouraged her to become a copywriter, according to Hearst.

Gurley Brown excelled in the job, winning awards and rising to become the highest-paid female copywriter on the West Coast by the late 1950s, Hearst said.

Together with her husband, David, who died in 2010, Gurley Brown began pitching more books and new magazines targeted at single women. One of the magazines caught the eye of Hearst, but instead of a new title, they asked her to revive Cosmopolitan magazine, according to the company.

It was 1965 when Gurley Brown became editor in chief of Cosmopolitan. She was ‘tireless” in the job, growing the magazine in the 1980s to 300 pages — a third of which were lucrative advertisements, Hearst said.

The magazine is now one of the top selling women’s magazines in the world, published in 35 languages and in more than 100 countries, Hearst said.

Fuller said Gurley Brown was a “brilliant” woman who articulated ideas that were considered risque at the time.

“Helen was a modern career woman in a time when there weren’t very many,” Fuller said. “She saw that the next generation of women would be her. She ‘created’ Cosmopolitan to talk to that woman and to liberate her from the idea that she didn’t have to become June Cleaver — and that she could grow up to have a career that was just as fulfilling and exciting as any man’s career.”

New York City Mayor Michael Bloomberg called Gurley Brown a pioneer who reshaped not only the entire media industry, but the nation’s culture as well.

“She was a role model for the millions of women whose private thoughts, wonders and dreams she addressed so brilliantly in print,” Bloomberg said in a written statement. “She was a quintessential New Yorker: never afraid to speak her mind and always full of advice. She pushed boundaries and often broke them, clearing the way for younger women to follow in her path.”

Gurley Brown left Cosmopolitan in 1997 to become editor in chief of its 64 international editions.

She wrote 11 books in all, including the 1982 bestseller “Having It All: Love, Success, Sex, Money, Even If You’re Starting With Nothing.” The cover featured a smiling, well-dressed Gurley Brown sitting on the edge of her writing desk.

Her definitive memoir, “I’m Wild Again: Snippets from My Life and a Few Brazen Thoughts,” was published in 2000.

In an interview with Vanity Fair magazine in 2007, Gurley Brown said the historical figure she most identified with was Cleopatra, because “she was a good boss and had a good love life.”

She admitted her “fat tummy” was the one thing she would change about herself if she could, and she regretted never sitting down with her mother to get her life story. She also said her husband was the greatest love of her life.

Asked her motto, Gurley Brown told the magazine, “Get up and do it if it needs to be done, even if you hate it!”