The pharmacy section of a Salt Lake City Smith's store was affected by a partial ceiling collapse Monday morning.

"No shoppers were impacted by it at all. We had a couple [...] employees that were operating in the area that received minor injuries and were transported to a local hospital just as a matter of precaution," said Capt. Brady George of the Salt Lake City Fire Department.

George said the cause of the collapse was uncertain. The collapse was isolated to the area behind the pharmacy's counter. The rest of the store remained open Monday morning and patrons were allowed to continue shopping. 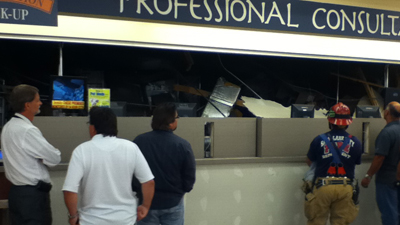