GOP fundraiser accused of rape in court for preliminary hearing

SALT LAKE CITY -- A GOP fundraiser appeared in court on Tuesday for a preliminary hearing on charges of rape, kidnapping, assault, robbery and sexual battery.

Four women took the stand on Tuesday. They don't know each other, but all share similar stories.

Two women said in court that they met Peterson on the online dating site LDSSingles.com. They said Peterson convinced them to allow him into their homes, where he pushed himself on them and groped the women aggressively. 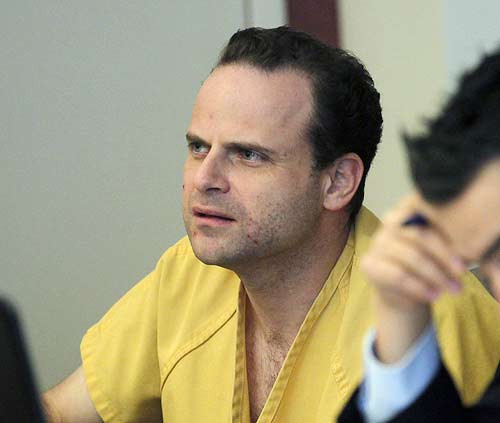 One alleged victim described how Peterson allegedly touched her at a movie theater, claiming he had a gun and threatened to report her expired Visa if she ran.

"He said he was a powerful politician," she testified on Tuesday. "He had checked my status and knew I was here illegally. He said he was a good man and he was the only man I could trust."

She said he then took her to his cabin near Heber and allegedly sexually assaulted her multiple times. Those alleged assaults continued at his mother's house the next day.

Since his arrest, another woman has come forward saying she was also raped by Peterson.

The new charge of forcible sexual abuse comes out of Wasatch County. The victim claims Peterson raped her at his cabin in Timberlakes in 2010.

The story in these new charging documents is similar to the accusations brought by the initial four women in the case.

Prosecutors say Peterson met the women online or at social events and, while on a date, assaulted them in his car, at his cabin or in the women's homes.

In spite of the accusations, Peterson's lawyers remain confident and say he is an innocent man. They say the women only accused him because they feel guilty about having sex outside marriage.

Peterson was booked into Salt Lake County Jail in mid-July. He remains behind bars on $750,000 bail. His pre-trial hearing continues on Wednesday.