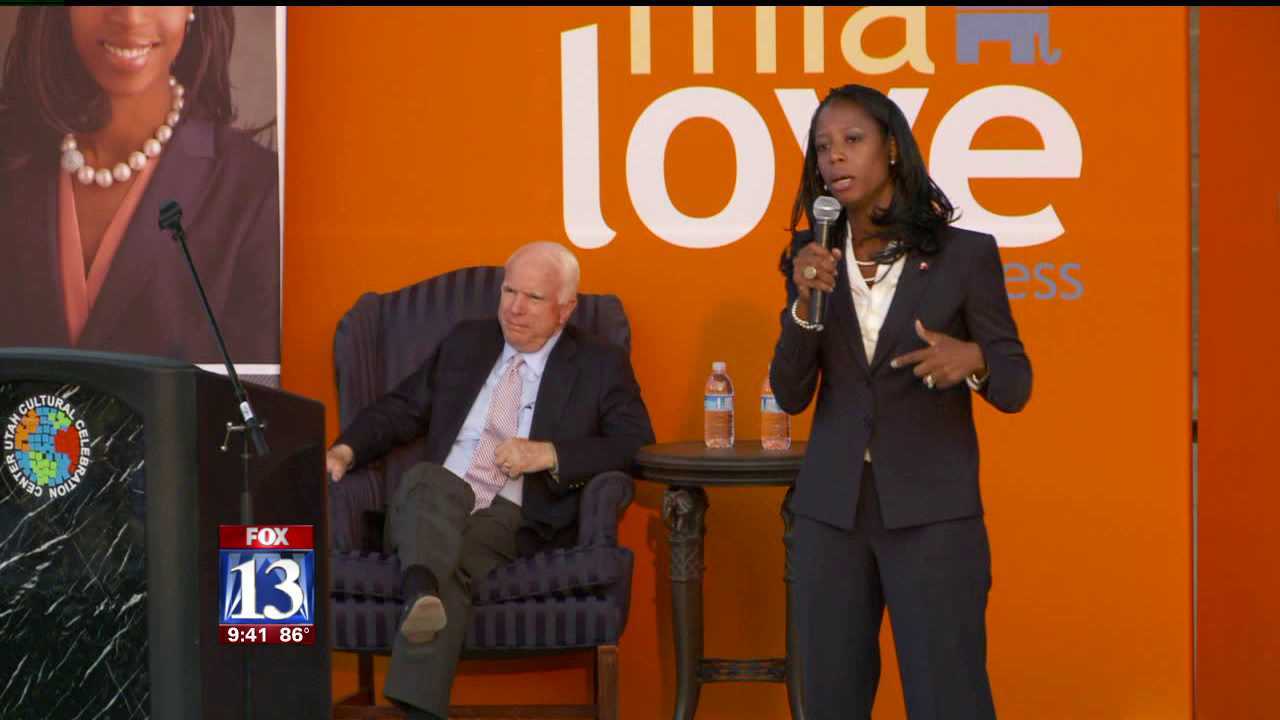 SALT LAKE CITY - National Republican leaders are in Utah this week for a series of fundraising events for Mia Love, mayor of Saratoga Springs and the GOP candidate for Utah's Fourth Congressional District.

Speaker of the US House of Representatives John Boehner (R-Ohio) was also in Utah on Wednesday for events at the Little America Hotel in Salt Lake City.

Condoleezza Rice, who served as Secretary of State under President George W. Bush, will be in Utah in early September.

Love is running against Rep. Jim Matheson, who has served six terms for Utah's Second Congressional District. The GOP heavyweights lent their support for Love because of Matheson's staying power representing Utah in the House of Representatives.

Utah Democrats are speaking out against the high-profile contributors to Love's campaign.

"I think we ought to question just who's going to be loyal to a political party or party leaders or who's going to put Utah first. I like where I am in that equation," said Matheson.

Jim Dabakis, Chair of the Utah Democratic party says Love "will be a pawn in the hands of the DC power brokers."