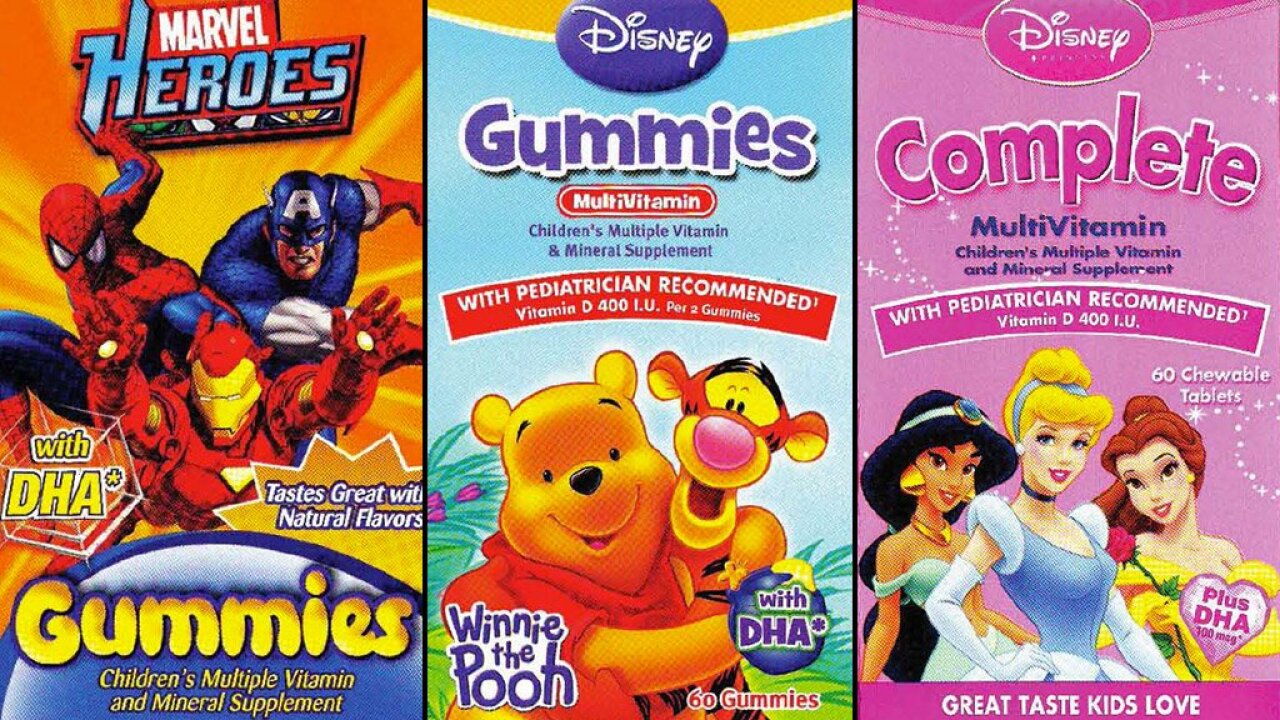 NBTY said the Disney- and Marvel-themed vitamins held a full daily dose of DHA. The FTC says each tablet had only a tiny fraction of that amount of the omega-3 fatty acid. Parents have until October 12 to file a claim for a refund.

WASHINGTON (CNN) — The marketer of a popular children’s vitamin is refunding nearly $2.1 million to customers after acknowledging its pills contained only a fraction of a nutritional substance the packaging claimed.

The vitamins’ packaging featured Disney princesses, Winnie the Pooh, Nemo and Spider-Man. Manufacturer NBTY and two of its subsidiaries, Rexall Sundown and NatureSmart, claimed in product advertising and on packaging that the vitamins contained a dose of DHA that would satisfy 100% of a child’s daily requirement.

But in some cases the vitamins contained only minuscule amounts of DHA, the Federal Trade Commission said.

The amount of DHA — an omega-3 fatty acid found in fish — in Disney and Marvel Complete Tablets equaled only one-thousandth of what the marketers claimed per serving for children age 4 and older. For smaller children the discrepancy was even more significant. Only five-10-thousandths of what the company claimed the pills contained on the packaging was in a serving of Disney and Marvel Complete tablets for children ages 2 to 4, court documents filed by the FTC alleged.

The packaging claimed the DHA the vitamins contained would help vision and brain development in children. The FTC said those claims were unsupported.

Sold at CVS Pharmacy, Wal-Mart, Target, Walgreens, Kroger, Kmart, Meijer and Rite Aid, as well as online, the boxes were priced at between $4 and $8 each.

The refunds announced Tuesday stem from a case originally filed in 2010 against NBTY for making false and deceptive advertising claims about their nutritional supplements.

Parents who believe they may have purchased the vitamins dating back to between May 1, 2008, and September 30, 2010, can file a claim through the FTC’s website. In Tuesday’s statement announcing the refunds, the FTC said customers have until October 12 to file a claim.