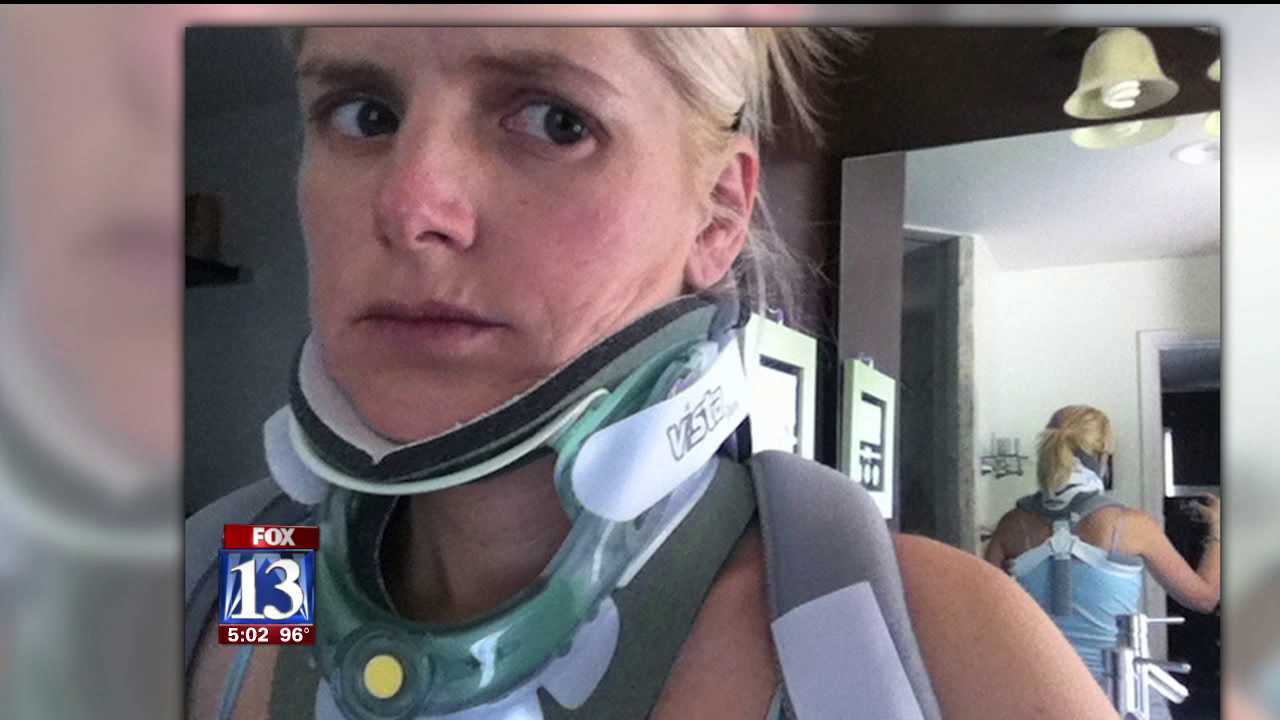 Teri Klug says she was riding her bicycle in a charity ride to raise money for multiple sclerosis when she was seriously injured after a reckless rider caused her to crash. She says the rider left her unconscious on the trail.

Klug says she suffered serious injuries during the MS-150 charity bike ride in Cache County when she was cut off by another cyclist who crashed in front of her, causing her to fly off her bike. She landed, breaking her neck and collarbone.

Klug says even doing menial tasks like dishes has been very difficult as she is struggling with severe pain in her arms and neck.

"It's horrible. It wakes you up at two in the morning," Klug said.

It is pain that has Klug in the doctor's office daily. But what affects her more is that the rider behind the crash got back on his bike and took off.

She recounted the experience during an interview with FOX 13.

"I see this guy, out of my right eye, dart out of the pack -- and so he had tremendous speed to him," says Klug. "He swung wide and clipped that guy on the side of the road and his momentum carried him on an arcing path, right directly in my front tire."

She says he hit the ground and her bike went over him.

"I remember flying about this high in the air sideways, thinking 'this is going to hurt,'" said Klug. "And then I was knocked out."

Klug is working with the police. They say if the suspect is caught, he faces a third-degree felony for injuring someone then leaving the scene.

However, no one got a good look at the suspect and police are asking the public for their help. They say if anyone knows anything about the incident to call the Cache County Sheriff's Office.