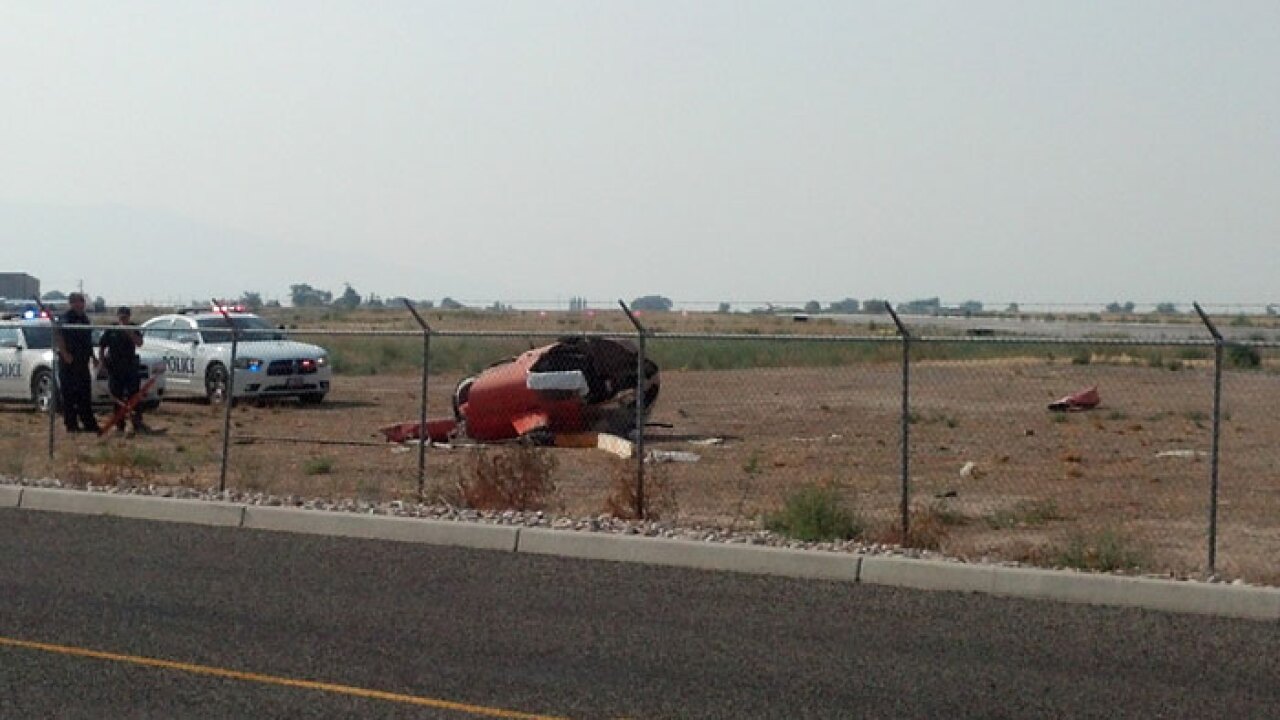 SPANISH FORK, Utah -- A helicopter crash Friday afternoon sent a flight instructor to the hospital while his student walked away unharmed.

Spanish Fork Police say the instructor and owner of Utah Helicopters, Gary Hansen, and his student  were in the middle of a lesson when the helicopter crashed at the eastern border of the Spanish Fork-Springville Airport.

Hansen and his student were on their way down when the helicopter crashed and tumbled several times.

Shorty after 4:30 p.m. Spanish Fork Police responded to the accident.

Search and rescue pilot Mike Patey was one of the first people on the scene.

Party says when he first came up, he thought it was under control with the student standing at the crash scene, apparently unharmed.

"I didn`t realize the student that was standing by the chopper was actually one of the guys in the wreck. Until I got a little closer and I realized he was helping Gary out who was still in the chopper," said Patey.

"His head had been cut severely, across the back and around the front and it was coming apart," Patey says. The student was actually holding his head and I didn`t realize how bad it was."

Spanish Fork Airport Manager Chris Child says the two were trying to do a maneuver called an auto rotation. He says it is something very common that helicopter pilots have to practice.

Airport officials say Hansen  is a very experienced pilot, but with helicopters even the smallest error can be devastating.

“They had to have been pretty much under control otherwise there would be way more damage and there would also be worse injuries,” said Child.