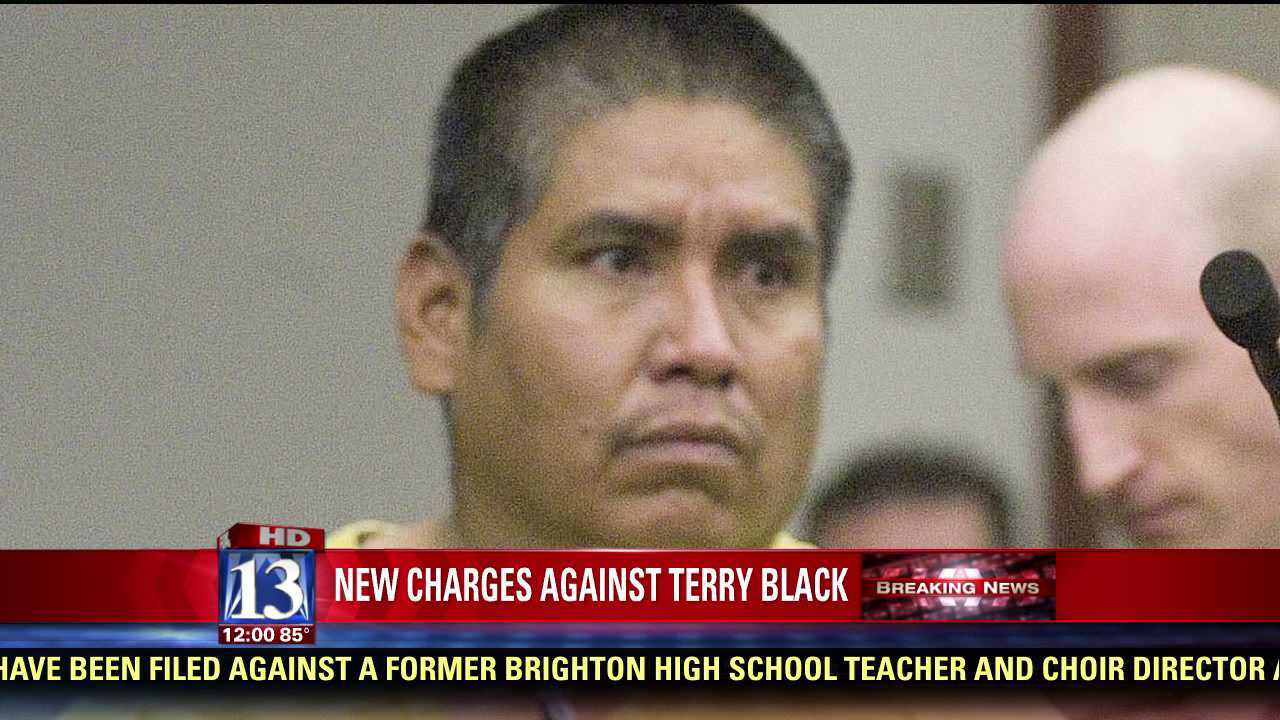 Terry Lee Black is the primary suspect in the June rape and murder of 6-year-old Sierra Newbold, of West Jordan.

Investigators have been working on this since Black was charged in connections with Sierra's case.

The new charges are from a different alleged victim who came forward after seeing Black in the news.

The alleged victim, who was 10 or 11 at the time, says she was friends with Black's daughter and that he sexually abused her during a summer sleepover three to five years ago. She did not report it at the time.

The same girl told investigators that the following summer, Black lured her over to his apartment, claiming it was for a play-date with his daughter. But when the girl arrived, she said Black was the only one there and that he molested her.

The arrest of Black in June prompted the girl to come forward. She is now a teenager.

Prosecutors said they are glad this person came forward and claim the allegations are especially important in establishing their claims that Terry Lee Black was a child sex predator well before he allegedly raped and killed Sierra.